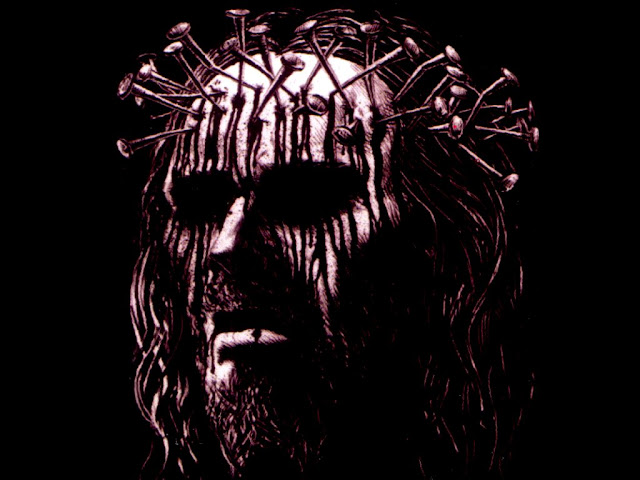 First of the month…The time that should be in every calendar something like New year’s Day, since summer vacation ended for the vast majority of people, leaving our paradise beaches to the happily retired German, Dutch and UK’ers of this world. We start again and after 2 months of silence, without those sexist girls pestering your sense of politically correctness, without any interesting music (whoever didn’t get the Audrey Horne post must repeat their visit to that link) suggestions; just the lazy breeze of the heated air of the eastern Mediterranean sea…
And there you have it: September; a month to get depressed with..The sun is growing smaller with every second passing and eventually the death of our summer will commence the birth of darkness..So who else suitable than today’s suggestion?

Today’s band is considered to be among the classic Swedish Black Metal scene of the 90’s. The most interesting scene of the time is definitely the Scandinavians death – black metallers, because everything else seemed to wither and die under the influence of grudge and Seattle sound that took over the classic awesome metal of late 80’s. But what do experts say?
«Samael is a Swiss symphonic black/industrial metal band formed in 1987 in Sion, Switzerland.
The current line up of the band include founding members and brothers Vorphalack (Vorph) and Xytraguptor (Xy), guitarist Drop and bassist Zorrac. A few other members have been part of the band throughout the years : Rodolph H. (Keyboards, 1993-1995), Kaos (Guitar 1996-2001), Mas (Bass 1991-2014), and Makro (Guitar 2002-2018).
Samael is known to incorporate metal, industrial, electronic and symphonic music into their sound and mix it with massive beats, martial rhythms, up-tempo or blast beat. One of the key elements that distinguishes Samael from traditional metal bands is the use of a drum machine in studio and live on stage.» 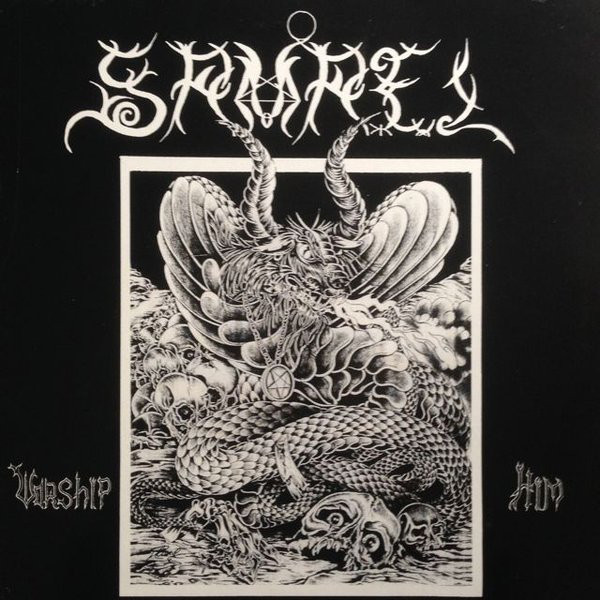 While our encyclopaedia states: «The band began in April 1987 as an old-school black metal act and slowly changed into electronic/industrial metal.
Xy and Vorph are brothers. Up to "Worship Him", Vorph was known as Vorphalack, and Xy as Xytraguptor. Later on, Vorphalack shortened his name to Vorph, while Xytraguptor became Xytras and then Xy.
Xytras recorded an album containing classical versions of tracks from Passage and the Exodus EP under his own name.
As of July 2017, the band also performs their first two albums under the name W.A.R. (Worship And Ritual). The original members adopted their old stage names and Xy returned to playing drums.»
Their transformation and their cult status in the subgenre brings the talmoudian arch-angel to Kokdi’s world; so without any further a due we bring you 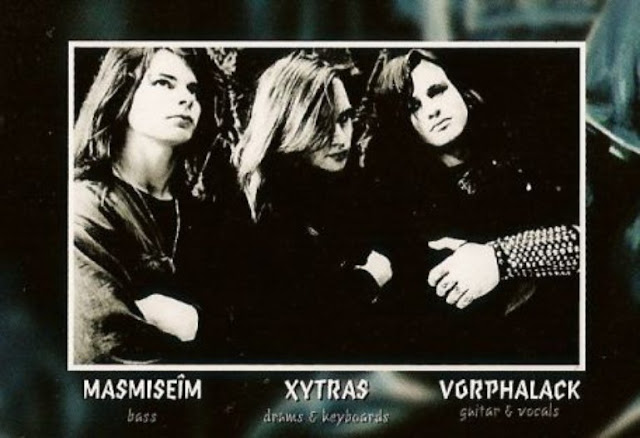 SAMAEL
Into their 90’s releases