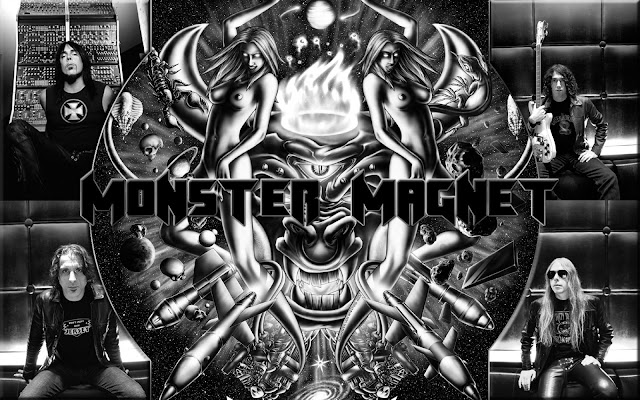 I’m having big trouble placing today’s band in stoner / space / desert rock subgenre… The obvious loan from Hawkwind plus tons of sexploitation, beautiful artwork and some heavy tunes made today’s band not only just famous but amongst the founding bands of the subgenre 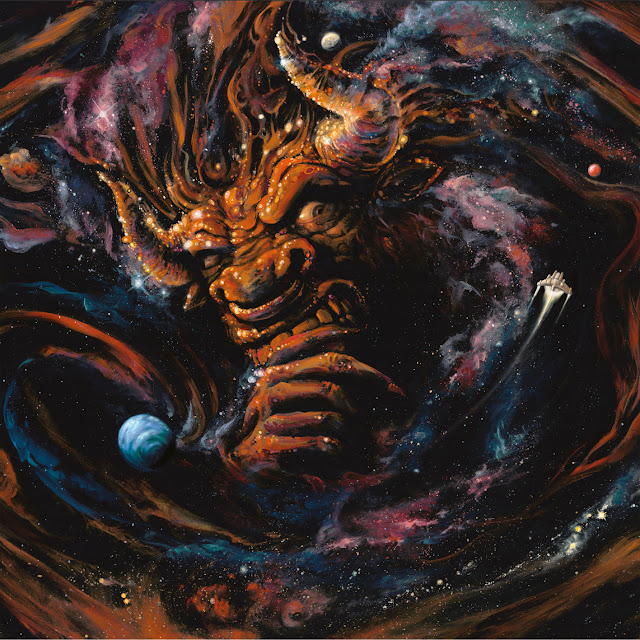 As said in wiki: « Hailing from Red Bank, New Jersey, the group was founded by Dave Wyndorf (vocals and guitar), JohnMcBain (guitar) and Tim Cronin (vocals and drums). The band first went by the names "Dog of Mystery", "Airport 75", "Triple Bad Acid" and "King Fuzz" before finally settling on "Monster Magnet", taken from the name of a 1960s toy made by Wham-O, which Wyndorf liked when he was a child.[1] 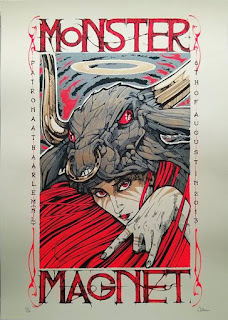 Monster Magnet's style is heavily influenced by 1970s heavy metal and space rock bands such as Black Sabbath, DeepPurple, Hawkwind, CaptainBeyond and SirLord Baltimore. In addition to recording covers such as Black Sabbath's "Into the Void" (Masterof Reality, 1971) and Hawkwind's "Brainstorm" (DoremiFasol Latido, 1972), Wyndorf sometimes incorporated elements of space rock staples into his own songs. For instance, the Dopes to Infinity title track borrows some of its lyrics from "Lord of Light" (ibid.), and Superjudge's "Twin Earth" is a reinterpretation of Captain Beyond's "Mesmerization Eclipse" (CaptainBeyond, 1972). The main guitar riff to the track DopesTo Infinity is lifted from The Sir Lord Baltimore song "Woman Tamer" (Sir Lord Baltimore,1971). 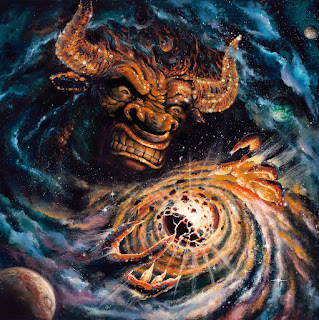 Wyndorf also is a fan of 1960s comic books, particularly Jack Kirby. He mentions Kirby in the song "Melt" from God SaysNo. He also mentions MODOK (on "Baby Götterdämmerung" from Powertrip) and Ego the Living Planet (on "Ego, The Living Planet" from Dopes to Infinity), both of which are Marvel Comics creations. "All Shook Out" from God Says No has a reference to "Children of the Atom" which is a reference to X-Men, also from Marvel Comics. Additionally, Marvel's Fantastic Four is referenced in the song "The Titan Who Cried Like a Baby" on their Mastermind album. Marvel is aware of the admiration, and there is a mutant named Negasonic Teenage Warhead, after one of their songs.»
So ladies & gents without any further delay the

In their first golden 10 years