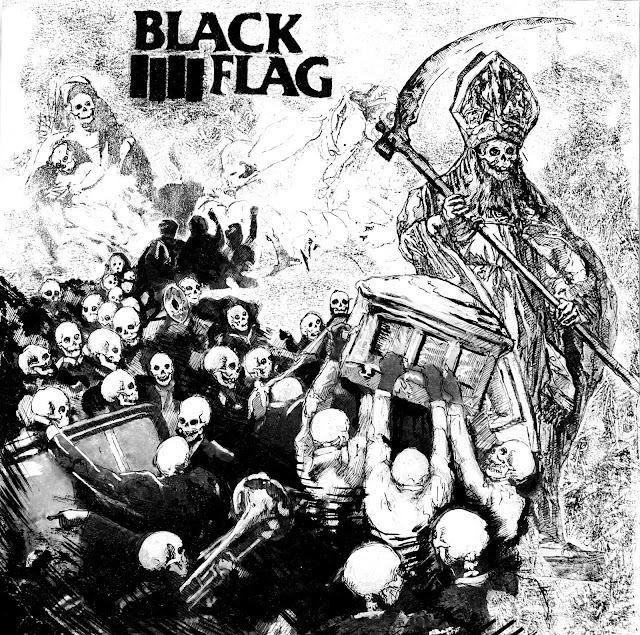 Ok I’m not an expert on punk rock subgenre… But it’s rather obvious than alongside Dead Kennedys today’s band is as influential to the scene as no one else…
as experts note today’s band "is an American hardcore punk band formed in 1976 in Hermosa Beach, California. The band was established by Greg Ginn, the guitarist, primary songwriter, and sole continuous member through multiple personnel changes in the band. They are widely considered to be one of the first hardcore punk bands. After breaking up in 1986, Black Flag briefly reunited in 2003 and again in 2013.[1] 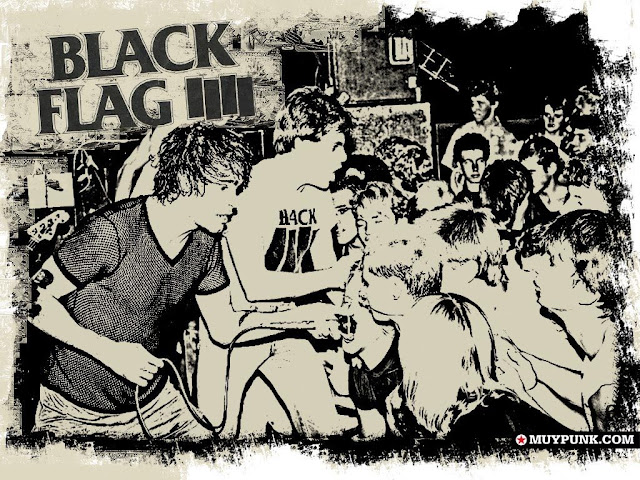 Black Flag's sound mixed the raw simplicity of the Ramones with atonal guitar solos and, in later years, frequent tempo shifts. The lyrics were written mostly by Ginn, and like other punk rock bands of the late 1970s and early 1980s, Black Flag voiced an anti-authoritarian and non-conformist message, in songs punctuated with descriptions of social isolation, neurosis, poverty, and paranoia. These themes were explored further when Henry Rollins joined the band as lead singer in 1981. Most of the band's material was released on Ginn's independent label, SST Records.

Over the course of the 1980s, Black Flag's sound, as well as their notoriety, evolved in ways that both embraced and alienated much of their early audience. As well as being central to the creation of hardcore punk, they were innovators in the first wave of American West Coast punk rock and are considered a key influence on punk subculture in the United States and abroad. Along with being among the earliest punk rock groups to incorporate elements and the influence of heavy metal melodies and rhythm, there were often overt freestyles, free jazz, breakbeat and contemporary classical elements in their sound, especially in Ginn's guitar playing, and the band interspersed records and performances with instrumentals throughout their career. They also played longer, slower, and more complex songs at a time when other bands in their milieu performed a raw, fast, three-chord format. As a result, their extensive discography is more stylistically varied than many of their punk rock contemporaries.


Black Flag was and remains well-respected within punk subculture, primarily for their tireless promotion of an autonomous DIY punk ethic and aesthetic. They are often regarded as pioneers in the movement of underground do-it-yourself record labels that flourished among the 1980s punk rock bands. Through constant touring throughout the United States and Canada, and occasionally Europe, Black Flag established a dedicated cult following."
So Ladies And Gents we have for you one of the founders of Hardcore punk and principle spokesmen for DIY way…