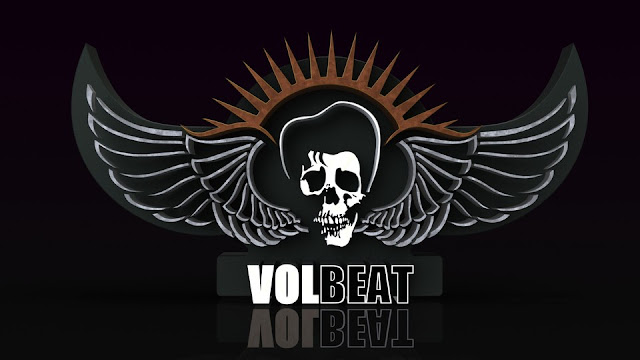 I thought I've had them covered. But now with the release of their 8th studio album (Servant of The Mind) I think it is time to honour our new Heavy Metal Heroes, because they bloody well deserve to. Alongside bands as Blood Ceremony, Audrey Horne and Graveyard, Volbeat just seems to obliterate any obstacle providing old school Metalliquesqe metal, with twists of Maiden and Priest, fusing it with hard rock, rockabilly and incredible vocals extending from Johnny Cash and Danzig to James Hetfield...Live wise they had already performed with mega bands such as Maiden and Metallica and have collaborated with living legends such as Mille Petrozza, King Diamond, Darko Jones etc Truth was I was ready to present them after their supporting act to Maiden in Greece a couple of years ago, but their 2 consecutive releases were too pop for my taste. Enter Servant of the Mind 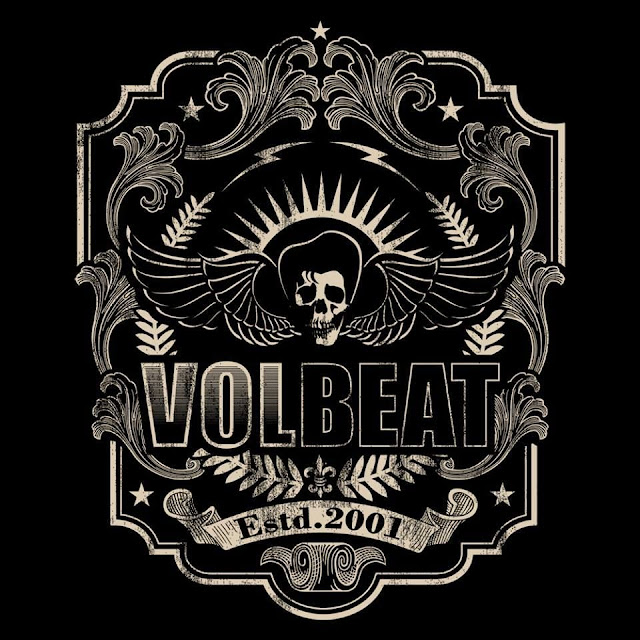 Before we start enjoying let us hear from the experts:

"Volbeat are a Danish rock band formed in Copenhagen in 2001. They play a fusion of rock and roll, heavy metal and rockabilly. Their current line-up consists of vocalist and guitarist Michael Poulsen, guitarist Rob Caggiano, drummer Jon Larsen and bassist Kaspar Boye Larsen. The band is signed to Dutch label Mascot Records and has released eight studio albums and one DVD......Singer Michael Poulsen's first band was death metal act, Dominus.[2][3] In 2000, Poulsen became fed up with the death metal music scene, causing Dominus to break up.[3][2] In 2001, Poulsen went on to form a new band with some friends and other former Dominus members.[3] This was the beginning of Volbeat.[3]

The band name "Volbeat" was derived from Dominus's third album name, Vol.Beat (read as: Volume Beat).[2] After selling 1,000 copies of their Beat the Meat demo tape, Volbeat was signed to a record deal by Rebel Monster Records, a sub-label of Mascot Records.[3]

So ladies & Gents get your dancing shoes on an boogie with

To hear the Battle of the bands described above

See the links above