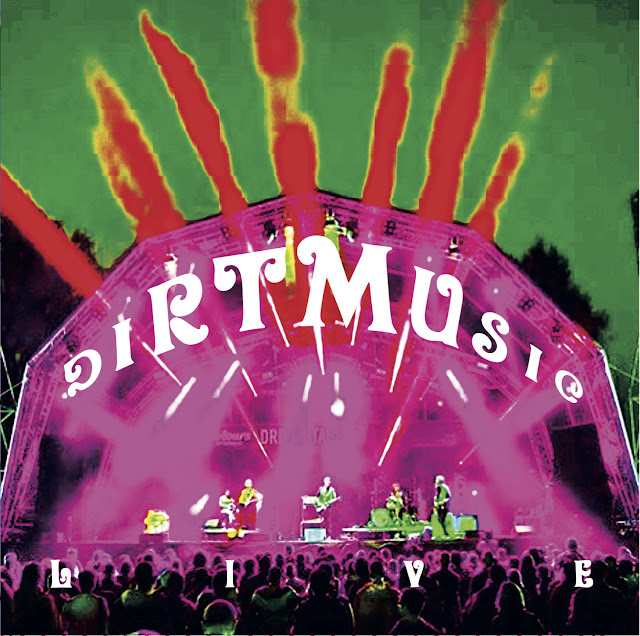 It’s been a while for sure…Today’s suggestion is something of a must-do though; without overseeing the fact that is resurrecting the suggestions saga (still @, when goal is the completion of a 365 days suggestion). Nevertheless it is not quite mainstream still, so it is way better for appropriate info to listen to Kokdi when suggests Dirtmusic 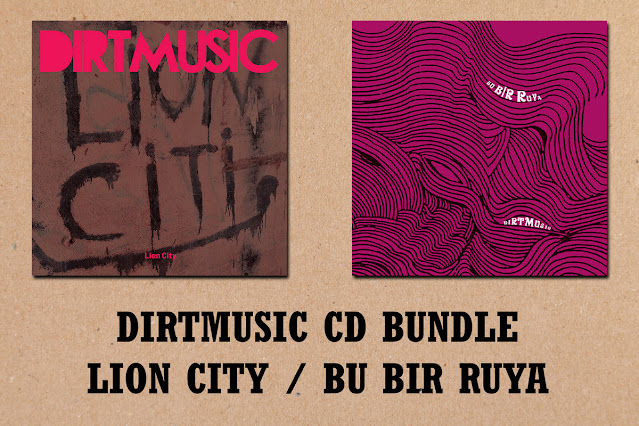 This is a suggestion from my brother Statler. When he originally told me about the band I didn’t pay much attention but when I truly listened to bu-bir-ruya was like listening an original storyteller like Homer with a breathtaking and realistic new age Odyssey without gods and good fortunes but with a lot of human monsters in the way to Ithaca

‘We need music like this to stay sane’ – Murat Ertel

The striking figure of Murat Ertel is standing at the door of his home studio, a converted mechanic’s garage in a suburb of Istanbul. The Turkish capital is a tense and conflicted place these days, but Baba Zula’s leader and saz man is on fine form. Before him stand those current and former musical nomads, Chris Eckman and Hugo Race, guitars in hand. Dirtmusic are about to take on their latest, and perhaps most thrilling, form….

….Originally a straight-talking, mainly acoustic trio mining blues and country for 21st century gold, the band’s first happy accident was to stumble upon Tamikrest at the fabled Festival au Désert in Timbuktu in 2008. A musical love story began, running through that joyous first collaboration with Tamikrest in BKO (2010), followed by Troubles (2013) and Lion City (2014), which expanded the roster to include Ben Zabo, Samba Touré and a host of other superb Malian musicians. In the meantime, however, the Islamist takeover of Northern Mali in 2012 had darkened the sound and the songwriting, giving them a tone that continues to resonate through the new record. 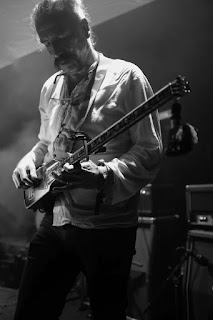 Back to that garage. True to form, Eckman and Race look to improvise, for that line to the Bamako years is still strong. They’ve come with a couple of beats and loops – and they’re not even sure whether they will attach any words to this year’s Dirtmusic. But Ertel knows they need to tell a story. The time and the place demand it. This is being recorded in Istanbul after all, and Eckman has flown there from Slovenia, a country that has secured its southern border with razor wire – and Race from Australia, where sea-borne refugees are detained indefinitely on remote islands. And so it goes, a tale of borders and walls, of cold fronts and cold hearts.

The opening track, ‘Bi De Sen Söyle’, is a statement of intent, musically and lyrically: shared vocals that mass in urgent call-and-response, the psychedelic grip of Ertel’s saz, which barely leaves the record for a second, and percussion from Ümit Adakale that tells us that this is music for clubs and parties as much as for private spaces. It shares this with ‘The Border Crossing’, the prime slice of Pop Group-inflected postpunk-funk that follows it, with its voice of hard truth, perhaps even of cynicism, but also of ambiguity. Both tracks ask you to consider who is speaking. The world is indeed ‘getting smaller’, but for whom? Is it the privileged traveller who’s in trouble here, or the refugee? Everyone has a story to tell, even if we can only catch glimpses of it. The shadow of the new despots hangs over them, but the refusal to preach, that insistent ambiguity again, asks just as many questions of the liberal challenge.

It’s a questing, restless record for the head, but perhaps more so for the body. It broods throughout, as post-punk, Turkish psych, funk, rock and electronics stalk the grooves with widescreen intent – listen to ‘Safety in Numbers’, for example, an instant classic that sees Race in imperious form, or ‘Love is a Foreign Country’, which features a startling appearance by Gaye Su Akyol, a treat for those who loved her Hologram İmparatorluğu, one of the most striking Glitterbeat releases of 2016. Fans of Baba Zula, Turkey’s premier psychedelicists, will also have more than enough to chew on, particularly in the remarkable title track that closes the album.

‘We need a story,’ said Murat. This year’s Dirtmusic summit has given us another one to think about and, as importantly, to dance to. The desert tent has been swapped for the garage in Northern Istanbul, for now, but the concerns remain the same: to tear down borders, real and imagined, as quickly as they can be thrown up. Ten years in, this singular band with a plural soul have made their finest record yet.

‘Recording like this is truly in the moment, there are no preconceptions to satisfy and the music and words are improvised. We drew inspiration from the atmosphere of Istanbul, the general disaffection with the state media and the uncertainty of the immediate future’ – Hugo Race» 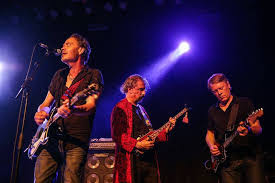 Then I listened to Lion City, the album that persuaded me that the band / project could maintain the quality of Omar Faruk Teblilek. yet presenting a rock, yet ethnic/folk oriented,project as well  So it is surely worth listening to…

«“Lion City” the new Dirtmusic album, is culled from the same Bamako sessions as “Troubles” but offers a decidedly different atmosphere and ambiance. While the Ben Zabo band is still the core collaborator, the textures and tempos are slower and more opaque. Organics and electronics intertwine and unfold unpredictably. There are less guitars and more liquid sounds. The outward frustration and fear documented on the previous album has given way to something more insular and pensive. The echoing space between the notes is emphasized and subsequently so are the voices and the texts.

Samba Toure provides a vocal and lyric for “Red Dust” a song that enshrines the contemplative mood of the album. Over a swirling dub-scape he intones:

How can we reconcile and forgive?

How can we bring peace to those that hate us?

Yet we have no choice

We need to stop fighting»

So ladies & gentlemen without any further a due we present

Also listen to Dirtmusic via Spotify 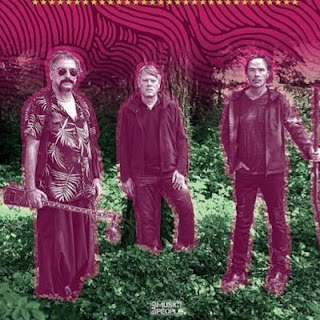