In the established tradition of Sundays it had to be something BIG... Ranking #9 in my relative list of My TOP 100 of Rock genre, this band is, without any doubt (maybe alongside Judas Priest) THE Definitive Heavy Metal Band… I’m leaving it to the experts to display the magnitude of impact and influence these 4 guys out of Birmingham managed to impose in music community world wide. Oh and to settle this once and for all,

Black Sabbath consisted from the following members (except when noted unavailability) and ONLY them!! 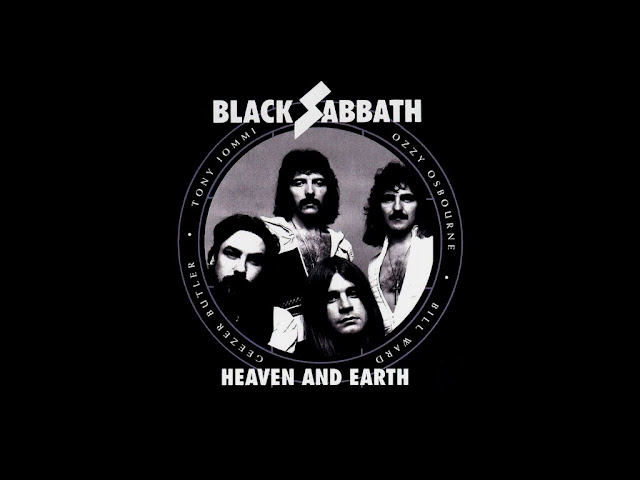 Heaven & Hell and other, rather beautiful projects of Tony Iommi, were, as Ozzy’s releases, quite significant, but as Speak of the Devil was the renditions of Ozzy but not Sabs, all of other releases of Iommi’s Co, just wasn’t Black enough.. 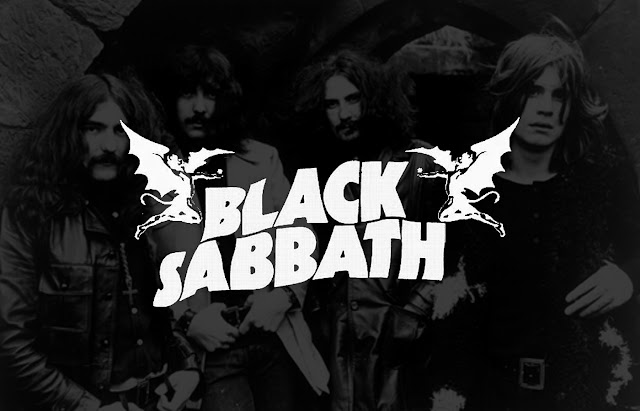 (Source wiki) : «Black Sabbath are an English rock band, formed in Birmingham in 1968, by guitarist and main songwriter Tony Iommi, bassist and main lyricist Geezer Butler, singer Ozzy Osbourne, and drummer Bill Ward. The band have since experienced multiple line-up changes, with guitarist Iommi being the only constant presence in the band through the years. Originally formed in 1968 as a blues rock band, the group soon adopted the Black Sabbath moniker and began incorporating occult themes with horror-inspired lyrics and tuned-down guitars. Despite an association with these two themes, Black Sabbath also composed songs dealing with social instability, political corruption, the dangers of drug abuse and apocalyptic prophecies of the horrors of war.
Black Sabbath has sold over 70 million records worldwide,[171] including a RIAA-certified 15 million in the US.[28] They are one of the most influential heavy metal bands of all time. The band helped to create the genre with ground-breaking releases such as Paranoid, an album that Rolling Stone magazine said "changed music forever",[172] and called the band "the Beatles of heavy metal".[173] Time Magazine called Paranoid "the birthplace of heavy metal", placing it in their Top 100 Albums of All Time.[174] Rolling Stone magazine ranked Black Sabbath number 85 in their list of the "100 Greatest Artists of All Time.[173] MTV placed Black Sabbath at number one on their Top Ten Heavy Metal Bands and VH1 placed them at number two on their list of the 100 Greatest Artists of Hard Rock.[175][176] VH1 ranked Black Sabbath's "Iron Man" the number one song on their 40 Greatest Metal Songs countdown.[177]

Allmusic's William Ruhlmann said:"Black Sabbath has been so influential in the development of heavy metal rock music as to be a defining force in the style. The group took the blues-rock sound of late '60s acts like Cream, Blue Cheer, and Vanilla Fudge to its logical conclusion, slowing the tempo, accentuating the bass, and emphasising screaming guitar solos and howled vocals full of lyrics expressing mental anguish and macabre fantasies. If their predecessors clearly came out of an electrified blues tradition, Black Sabbath took that tradition in a new direction, and in so doing helped give birth to a musical style that continued to attract millions of fans decades later."[55]
According to Rolling Stone‍‍ '​‍s Holly George-Warren, "Black Sabbath was the heavy metal king of the 70s."[178] Although initially "despised by rock critics and ignored by radio programmers", the group sold more than 8 million albums by the end of that decade.[178] 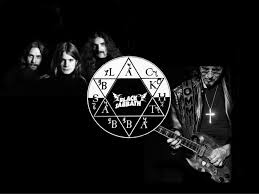 Black Sabbath have influenced many acts including Iron Maiden,[179] Slayer,[8] Metallica,[8] Nirvana,[180] Korn,[8] Mayhem,[8] Venom,[8] Judas Priest,[181] Guns N' Roses,[181] Soundgarden,[182] Body Count,[183] Alice in Chains,[184] Anthrax,[185] Disturbed,[186] Death,[8] Opeth,[187] Pantera,[8] Megadeth,[188] the Smashing Pumpkins,[189] Slipknot,[190] Foo Fighters,[191] Fear Factory,[192] Candlemass,[193] Godsmack,[194] and Van Halen.[195] Two gold selling tribute albums have been released, Nativity in Black Volume 1 & 2, including covers by Sepultura, White Zombie, Type O Negative, Faith No More, Machine Head, Primus, System of a Down, and Monster Magnet.[196]
Metallica's Lars Ulrich, who, along with bandmate James Hetfield inducted Black Sabbath into the Rock and Roll Hall of Fame in 2006, said "Black Sabbath is and always will be synonymous with heavy metal",[197] while Hetfield said "Sabbath got me started on all that evil-sounding shit, and it's stuck with me. Tony Iommi is the king of the heavy riff."[198] Ex-Guns N' Roses guitarist Slash said of the Paranoid album: "There's just something about that whole record that, when you're a kid and you're turned onto it, it's like a whole different world. It just opens up your mind to another dimension ...Paranoid is the whole Sabbath experience; very indicative of what Sabbath meant at the time. Tony's playing style— doesn't matter whether it's off Paranoid or if it's off Heaven and Hell— it's very distinctive."[198] 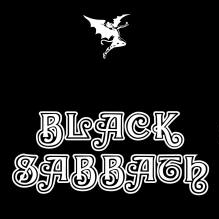 Anthrax guitarist Scott Ian said "I always get the question in every interview I do, 'What are your top five metal albums?' I make it easy for myself and always say the first five Sabbath albums."[198]. In addition to being pioneers of heavy metal, they also have been credited for laying the foundations for heavy metal subgenres stoner rock,[204] sludge metal,[205][206] thrash metal,[207] black metal and doom metal as well as for alternative rock subgenre grunge.[208] According to the critic Bob Gulla, the band's sound "shows up in virtually all of grunge's most popular bands, including Nirvana, Soundgarden, and Alice in Chains".[209]
Tony Iommi has been credited as the pioneer of lighter gauge guitar strings. The tips of his fingers were severed in a steel factory,[210] and while using thimbles (artificial finger tips) he found that standard guitar strings were too difficult to bend and play. He found that there was only one size of strings available, so after years with Sabbath he had strings custom made.[211]

Culturally, Black Sabbath have exerted a huge influence in both television and literature and have in many cases become synonymous with heavy metal. In the film Almost Famous, Lester Bangs gives the protagonist an assignment to cover the band (plot point one) with the immortal line: 'Give me 500 words on Black Sabbath'. Contemporary music and arts publication Trebuchet Magazine has put this to practice by asking all new writers to write a short piece (500 words) on Black Sabbath as a means of proving their creativity and voice on a well documented subject.[212]»
Hope that this should be enough so ladies and gents let us enjoy the heavy metal gifts this band offered to humanity through an extensive selection of their tracklist