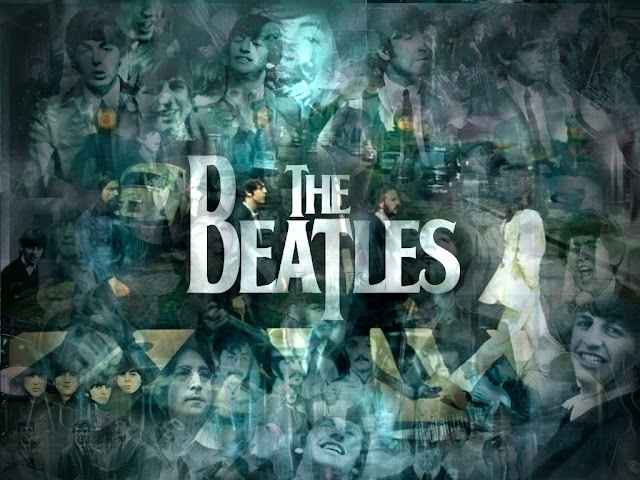 Some say the Stones are probably the meanest, most successful and most influential rock band in the history of music business… I, alongside Lemmy surely do not agree about that statement: “...the Beatles were hard men too. Brian Epstein cleaned them up for mass consumption, but they were anything but sissies. They were from Liverpool, which is like Hamburg or Norfolk, Virginia--a hard, sea-farin' town, all these dockers and sailors around all the time who would beat the piss out of you if you so much as winked at them. Ringo's from the Dingle, which is like the f***ing Bronx. The Rolling Stones were the mummy's boys--they were all college students from the outskirts of London. They went to starve in London, but it was by choice, to give themselves some sort of aura of disrespectability. I did like the Stones, but they were never anywhere near the Beatles--not for humour, not for originality, not for songs, not for presentation. All they had was Mick Jagger dancing about. Fair enough, the Stones made great records, but they were always s**t on stage, whereas the Beatles were the gear.”
Lemmy Kilmister, White Line Fever: The Autobiography 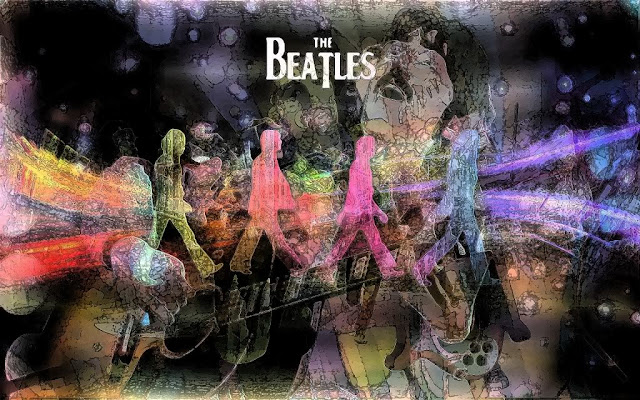 and if u still do not believe take a look @ this 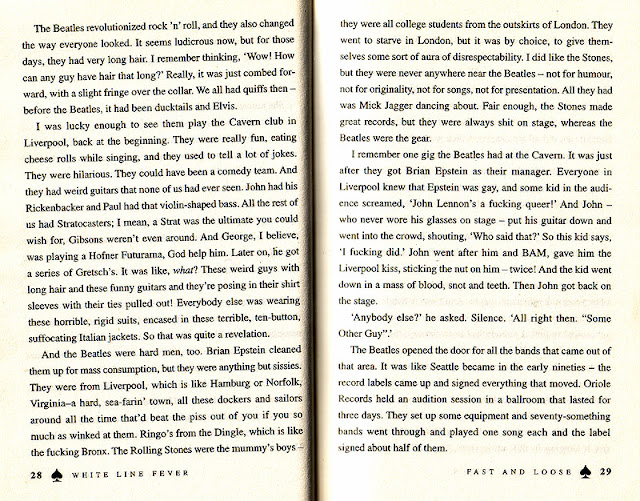 Yes but why No 1??
Just because they’ve managed in only 10 years:
To revolutionize Rock n Roll by practically trademarking everything that was, and later on, would be, pop culture and evolve rapidly enough, to have 2 major and well distinct to each other musical styles and attitude (red: 1960/1965 and Blue 1966/1970),

To deliver thus megatons of inspiration in songwriting and orchestration of what was just another pop song, throughout both of seasons (enough to be compared to classical composers like Beethoven), practically defining the term pop/rock of their time world-wide forcing mainstream songs, to have a little bit of rocking genius inside them (red), and experiment on sounds and styles way off the pop / easy listening culture, forged an elaborate kind of prog rock still being widely accepted (blue) and finally

To release something more of a ROCK album that anyone could possibly imagine; an album that is way-way more, than just a selection of tunes that Manson family used to kill with… 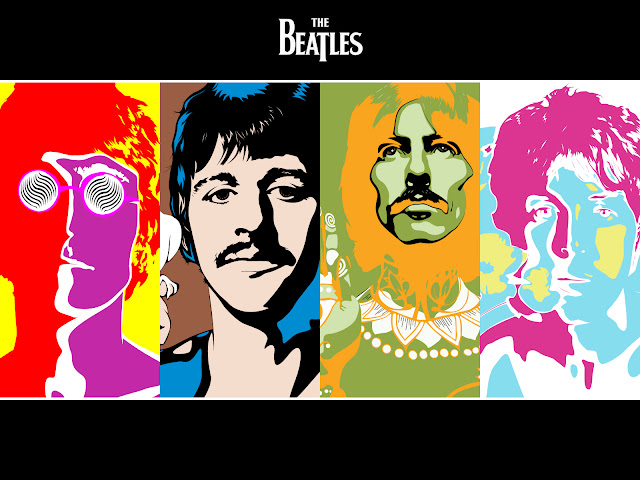 There are tons of trivia about the sudden change of aspirations and musical tunes of the Beatles band transforming from red to blue… this is one of my favorites (allowing myself to enter to tomorrow’s suggestion…):

(Source Wikipedia): "During their U.S. tours, the Beatles were introduced to both Elvis Presley and Bob Dylan.[19] Strongly influenced by Presley since before their formation, the band had tried to meet him in the past, but arrangements had fallen through.[20] At Presley's suggestion, guitars were set up in his living room and the gathering played music for an hour, following which they discussed the music business and exchanged anecdotes.[21] The other meeting, with Dylan, influenced the music subsequently produced by the Beatles as well as shaping Dylan's own musical style.[22] This was made evident both in Dylan's controversial adoption of electric guitar, and in changes that were apparent in Lennon's vocal and guitar-playing styles.[22]
More HERE 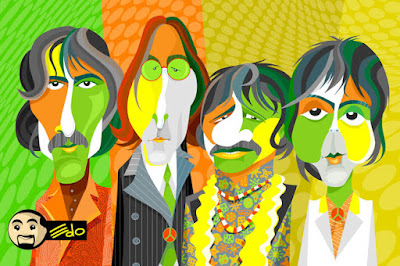 The two parties were introduced by a mutual friend, the writer Al Aronowitz, at New York's Delmonico Hotel. Upon arriving at The Beatles' suite Dylan asked for cheap wine; Mal Evans was sent to get some, and during the wait Dylan suggested they have a smoke.
Brian and the Beatles looked at each other apprehensively. "We've never smoked marijuana before," Brian finally admitted. Dylan looked disbelievingly from face to face. "But what about your song?" he asked. The one about getting high?"
The Beatles were stupefied. "Which song?" John managed to ask.
Dylan said, "You know..." and then he sang, "and when I touch you I get high, I get high..."
John flushed with embarrassment. "Those aren't the words," he admitted. "The words are, 'I can't hide, I can't hide, I can't hide...'"
The Love You Make
Peter Brown
Some of The Beatles had actually been introduced to cannabis in 1960, but the drug had made little impression.
We first got marijuana from an older drummer with another group in Liverpool. We didn't actually try it until after we'd been to Hamburg. I remember we smoked it in the band room in a gig in Southport and we all learnt to do the Twist that night, which was popular at the time. We were all seeing if we could do it. Everybody was saying, 'This stuff isn't doing anything.' It was like that old joke where a party is going on and two hippies are up floating on the ceiling, and one is saying to the other, 'This stuff doesn't work, man.'
George Harrison
Anthology
After the hotel room was secured, Dylan rolled the first joint and passed it to Lennon. He immediately gave it to Starr, whom he called "my royal taster". Not realising the etiquette was to pass it on, Ringo finished the joint and Dylan and Aronowitz rolled more for each of them.
I don't remember much what we talked about. We were smoking dope, drinking wine and generally being rock'n'rollers and having a laugh, you know, and surrealism. It was party time.
John Lennon
Anthology
The Beatles spent the next few hours in hilarity, looked upon with amusement by Dylan. Brian Epstein kept saying, "I'm so high I'm on the ceiling. I'm up on the ceiling."
Paul McCartney, meanwhile, was struck by the profundity of the occasion, telling anyone who would listen that he was "thinking for the first time, really thinking." He instructed Mal Evans to follow him around the hotel suite with a notebook, writing down everything he said.
I remember asking Mal, our road manager, for what seemed like years and years, 'Have you got a pencil?' But of course everyone was so stoned they couldn't produce a pencil, let alone a combination of pencil and paper.
I'd been going through this thing of levels, during the evening. And at each level I'd meet all these people again. 'Hahaha! It's you!' And then I'd metamorphose on to another level. Anyway, Mal gave me this little slip of paper in the morning, and written on it was, 'There are seven levels!' Actually it wasn't bad. Not bad for an amateur. And we pissed ourselves laughing. I mean, 'What the fuck's that? What the fuck are the seven levels?' But looking back, it's actually a pretty succinct comment; it ties in with a lot of major religions but I didn't know that then.
Paul McCartney
Evans kept the notebooks until his death in 1976, when they were confiscated and later lost by Los Angeles police....

And Now after an hour of rambling a wide selection (practically everything!) of The Blue Period...