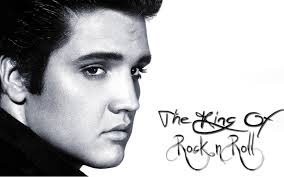 Today is a day for the King. Greek people decided to extend their approval to further disintegration of the concept of altered political approach due to leftwing ideals. So long live the King. The man who took the blues out of the ghetto, maybe exploited and been exploited from, but surely pioneered, copyrighted, labeled and trademarked sealing his name upon the whole rock ‘n roll genre of music, being controversial yet widely popular and commercially mainstream and somehow responsible to everything followed
So ladies & gentlemen the one and only (ranking #4 @ MyTop100List)

The King of Rock (Best of)


and the 1968 Comeback Special Show