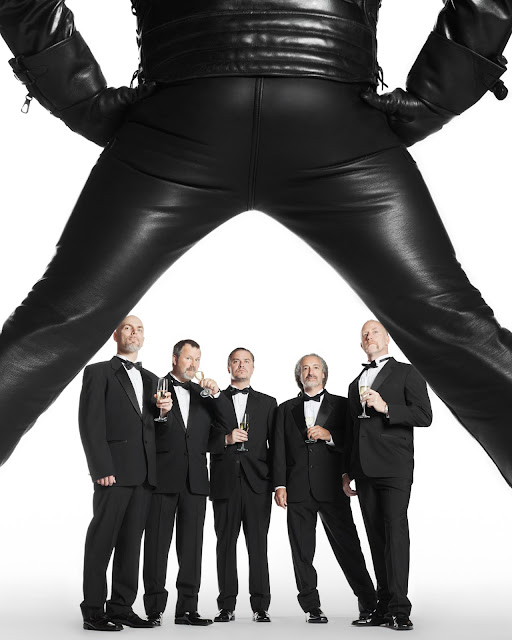 This suggestion should be made right after the Infectious Grooves post, but Greek elections made me to be, both acknowledging (to the artist and his contribution) and sarcastic (to election’s results). 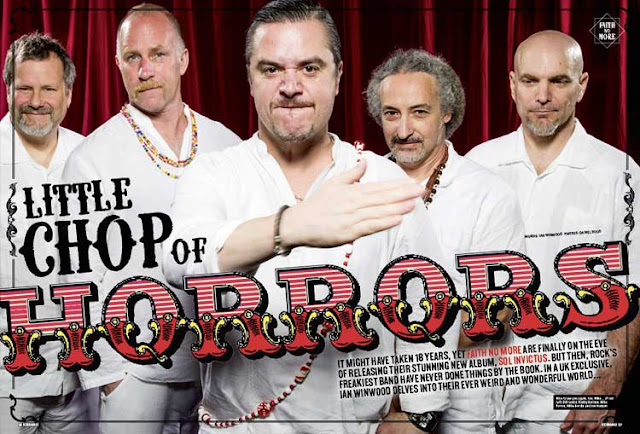 Faith No More is an American rock band from San Francisco, California, formed in 1981. The band was originally named Faith No Man.[1] Bassist Billy Gould, keyboardist Roddy Bottum and drummer Mike Bordin are the longest remaining members of the band, having been involved with Faith No More since its inception. The band underwent several lineup changes early in their career, along with some major changes later on. The current lineup of Faith No More consists of Gould, Bottum, Bordin, guitarist Jon Hudson, and vocalist Mike Patton.
As sergegrone states in rateyourmusic.com: «Faith No More is one of those rare cases where a band manages to become successful, innovative and appealing to a lot of different audiences. Their transition from being another funk rock band of L.A. to emerge as one of the key alternative bands of the '90s was very particular as well. Despite having a couple of minor hits like "We Care A Lot" and "Anne's Song", the band really became prominent when a then-unknown genius, Mike Patton, arrived, and everything changed for good. Their single, "Epic", not only was an excellent crossover track and a very succesful release; it was, more importantly, truly representative of the band's sound, and so their 1989 album The Real Thing was a huge hit and made them the darlings of a new musical movement. Their newfound success gave them the possibility to explore a lot of ideas and the freedom to express themselves openly. They had the brains and the chops: Billy Gould, Roddy Bottum, Mike Bordin and Jim Martin were top notch musicians who gave Patton a comfortable place to develop his onstage persona and eccentric soundscapes. The product of these experiments, Angel Dust, is one of the most complex albums released by a major label, with a mishmash of influences, like art rock, funk, metal and huge studio experimentations and sampling. But, somehow the album caught the public's consciousness and now Faith No More was not only a revolutionary band but a very intelligent one as well. The rest of the decade saw them enjoying their popularity, and releasing a pair of lesser albums, but their place among the true greats of the alternative explosion could not be stolen by anyone. Sometimes, people tend to overlook their impact and label them mainly as Mike Patton's most succesful project, but, if you pay a little more attention you will see that, in fact, Faith No More was the band that made Mike Patton what he is nowadays»
So ladies and gents we present to you,