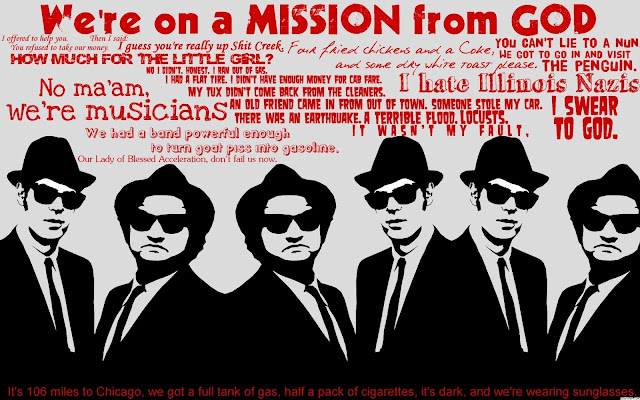 Completing the section of top 5 of my favorite musicals (see related links below) and since we’ve fled a long time ago the classical format of a Hollywood musical you surely won’t mind today’s proposal!
so take it from the specialists (source wiki):
« The Blues Brothers is a 1980 American musical crime comedy film directed by John Landis. It stars John Belushi and Dan Aykroyd as "Joliet" Jake and Elwood Blues, characters developed from "The Blues Brothers" musical sketch on the NBC variety series Saturday Night Live. The film's screenplay was written by Aykroyd and Landis.
It features musical numbers by rhythm and blues (R&B), soul, and blues singers James Brown, Cab Calloway, Aretha Franklin, Ray Charles, and John Lee Hooker. The film is set in and around Chicago, Illinois, where it was filmed. It features non-musical supporting performances by John Candy, Carrie Fisher, Charles Napier, and Henry Gibson. 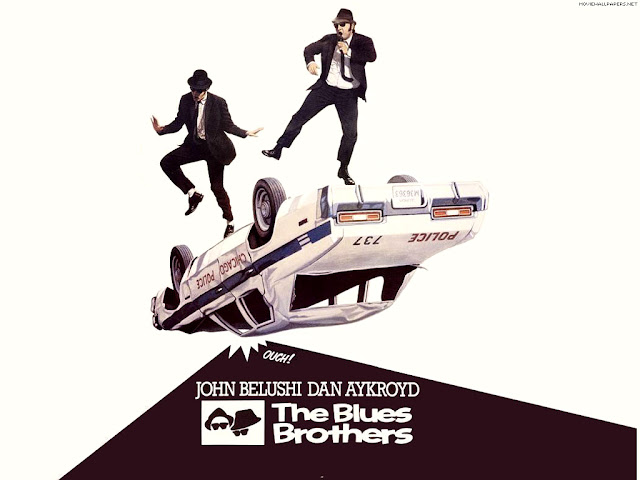 The story is a tale of redemption for paroled convict Jake and his brother Elwood, who take on "a mission from God" to save from foreclosure the Catholic orphanage in which they grew up. To do so, they must reunite their R&B band and organize a performance to earn $5,000 needed to pay the orphanage's property tax bill. Along the way, they are targeted by a destructive "mystery woman", Neo-Nazis, and a country and western band—all while being relentlessly pursued by the police.
On location in Chicago, Belushi's partying and drug use caused lengthy and costly delays that, along with the destructive car chases depicted onscreen, made the final film one of the most expensive comedies ever produced…»
so ladies and gents here u have it the complete soundtrack of the original Blues Brothers plus a live concert!!