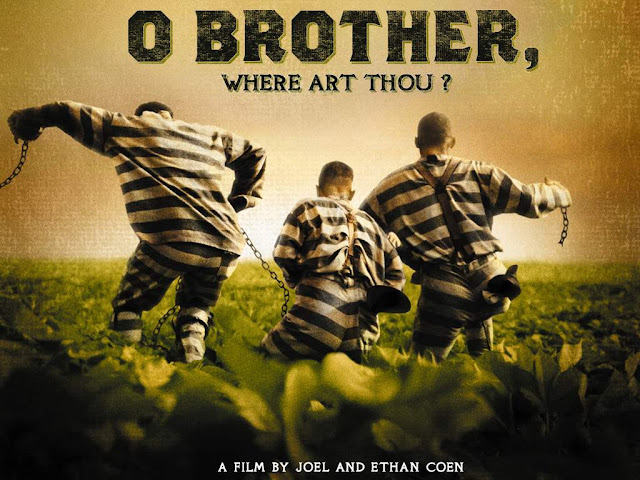 Since it is Tuesday it is time to pay homage to the musical genre with my personal number 4. A film that may as well be called pseudo – something. Firstly it is a kind of musical (since we’re getting to off-Broadway stuff), a kind of reference to Homer’s epic saga of Ulysses, a kind of action/comedy/western musical!! Simply because Coen Brothers used as an inspiration (or just an excuse) every kind of incoherent information and managed to synthesize the coolest western / musical (that is based on a masterpiece of ancient literature) to date, with the most fitting but nevertheless awesomely used in the movie classic US folk tunes as soundtrack/tracklisting because after all this movie is kind of a musical… 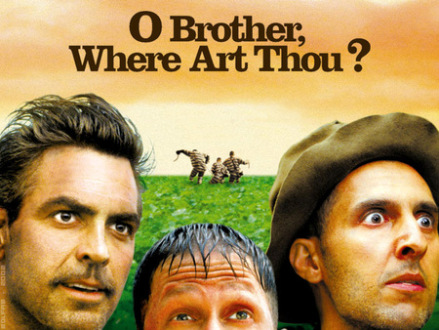 As noted in wiki: « O Brother, Where Art Thou? is a 2000 adventure comedy film written, produced, edited, and directed by Joel and Ethan Coen, and starring George Clooney, John Turturro, and Tim Blake Nelson, with John Goodman, Holly Hunter, and Charles Durning in supporting roles. Set in 1937 rural Mississippi[5] during the Great Depression, the film's story is a modern satire loosely based on Homer's epic poem, Odyssey. The title of the film is a reference to the 1941 film Sullivan's Travels, in which the protagonist (a director) wants to film a fictional book about the Great Depression called O Brother, Where Art Thou?[6] 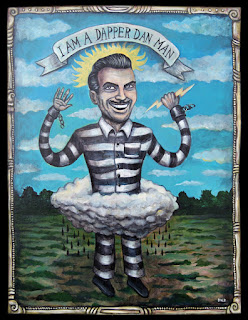 Much of the music used in the film is period folk music,[7] including that of Virginia bluegrass singer Ralph Stanley.[8] The movie was one of the first to extensively use digital color correction, to give the film an autumnal, sepia-tinted look.[9] The film received positive reviews, and the American folk music soundtrack won a Grammy for Album of the Year in 2001.[10] The original band soon became popular after the film release and the country and folk musicians who were dubbed into the film, such as John Hartford, Alison Krauss, Emmylou Harris, Gillian Welch, Chris Sharp, and others, joined together to perform the music from the film in a Down from the Mountain concert tour which was filmed for TV and DVD.[7] » 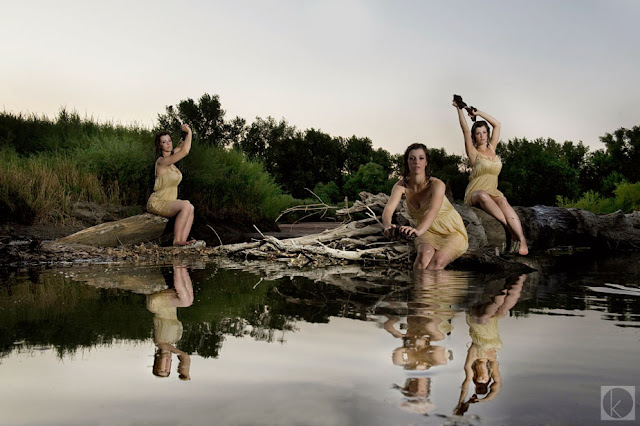 Enjoy (I tried to compile both movie clips and the original tunes)!!