It’s the final countdown… 3 days to go so it is ranked #3 @ MyTop 100 List… so the joined forces of Pink Anderson and Floyd Council the two bluesmen whose albums were to be found in Syd Barrett’s record collection, formed the greatest, most influential, highly progressive, band that practically established a trendsetter sound’s exploration, even if that didn’t found either the term nor the musical style of psychedelic rock … 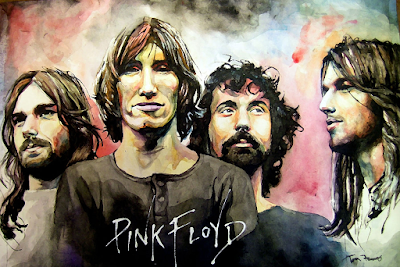 Alternatively this post could be listed under the category of experiential fixation… the selections in this playlist are vividly alive in my memory as under the influence helped me and friends, experience sounds and feel the musical stories unveiled to us every time we were hearing The Ummagumma Live Ep par example… or just imagining seeing Syd entering the studio where the rest of the boys performed the shine track….
Ladies & Gentlemen, initiating the final countdown of The List,
It is a great privilege to present to you a playlist that could have been named It's What We Do: