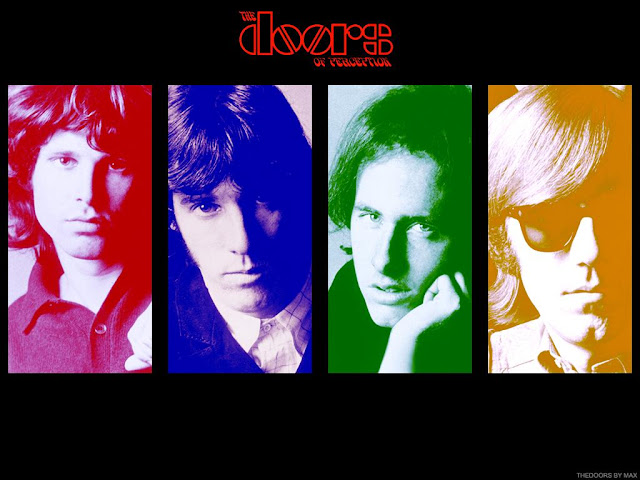 In the great tradition of Sundays been occupied by the «greats», we have for you a phenomenon that divided the rock music audience by gender (Ranking #19 @ my 100TopRock List). The real question here is whether or not they were mega influential and highly commercial at the same time being an ultimate trend and living your legend to the limit with disregard to fame & fortune, to life even. Today’s band surely lived up to the myth of rock n roll way of life… at least one of their members did… And as far as Rock goes the motto was, what meant to be classic; the self-destructive one, filled up with poetic sensitivities, yet at the same time, being disrespectful and aggressive to what is called nowadays even, status quo.. As far as what motto (the other one being:"Killed by Death") prevails; who cares? It is of no particular interest if we would know the band without it’s frontman, or just the opposite (that we would ever know about the frontman without his band) so the benefits arguably were mutual)… so there is no actual wonder why this extensive playlist does not include songs from the 2 albums the band released as a trio…. 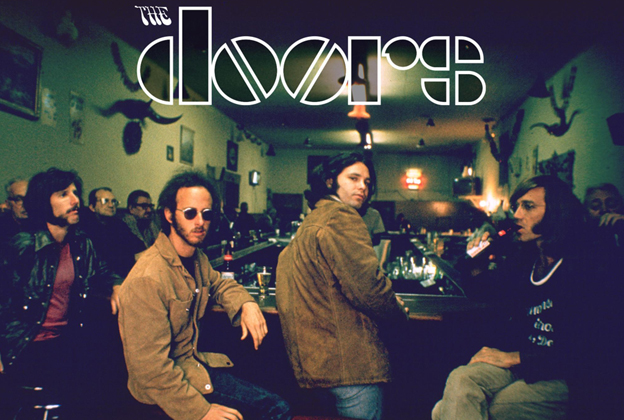 As stated in wiki: «The Doors were an American rock band formed in 1965 in Los Angeles, with vocalist Jim Morrison, keyboardist Ray Manzarek, guitarist Robby Krieger and drummer John Densmore. The band took its name from the title of Aldous Huxley's book TheDoors of Perception,[5] which itself was a reference to a William Blake quote: "If the doors of perception were cleansed every thing would appear to man as it is, infinite."[6] They were unique and among the most controversial and influential rock acts of the 1960s, mostly because of Morrison's lyrics and charismatic but unpredictable stage persona. After Morrison's death on 3 July 1971, aged 27, the remaining members continued as a trio until disbanding in 1973.[7]
Signing with Elektra Records in 1966, the Doors released eight albums between 1967 and 1971. All but one hit the Top 10 of the Billboard 200 and went platinum or better. The 1967 release of TheDoors was the first in a series of top ten albums in the United States, followed by Strange Days (1967), Waiting for the Sun (1968), The Soft Parade (1969), Morrison Hotel (1970), Absolutely Live (1970) and L.A. Woman (1971), with 20 Gold, 14 Platinum and 5 Multi-Platinum album awards in the United States alone.[8] By the end of 1971 it was reported that the Doors had sold 4,190,457 albums domestically and 7,750,642 singles.[9] The band had three million-selling singles in the U.S.—"Light My Fire", "Hello, I Love You" and "Touch Me". After Morrison's death in 1971, the surviving trio released two albums Other Voices and Full Circle with Manzarek and Krieger sharing lead vocals.
So ladies and…ladies and some gentlemen who understand either about poetry or about it’s benefits, may we present to you

A Definitive Best of