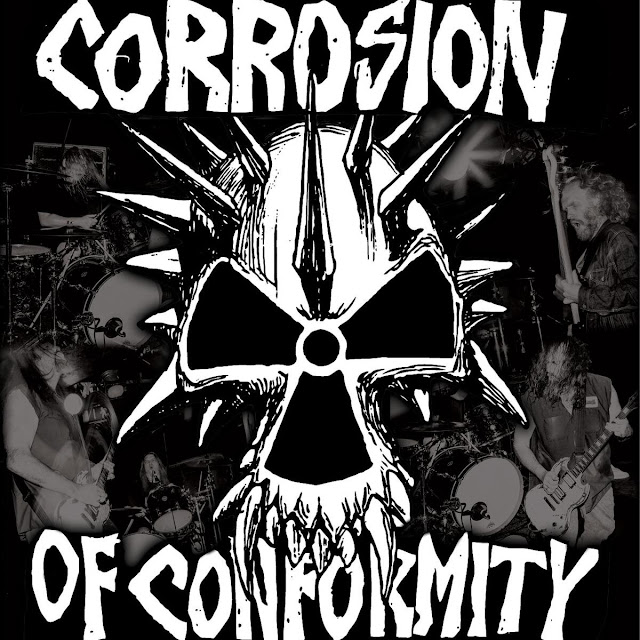 Today’s band is posing the same questions as Cathedral did, with the answers right in front of us from the beginning; today’s band is another perfect example of chameleonic music;; or the conformity and it’s corrosion, through groundbreaking yet highly commercial shift from a kind of a punk/thrash attitude to what later trademarked their sound, only to make it heavier still reminding mega groups of the past (e.g. it's that way) at the same time. Sludge metal isn’t a term I’m familiar with, even though today’s band is considered amongst the pioneers of this particular subgenre…


The best synopsis comes from sergegrone @ rateyourmusic.com: «One of the best sludge metal bands, COC's story is a portrait of heavy metal aesthetics evolution from the '80s to the '90s. Starting with a blend of punk and thrash metal influences (they were one of the very first bands to do so), they made a transitional, genre-defining album by 1991 and a full-fledged sludge effort three years later, which brought them commercial success to match their critical acclaim. In addition to these achievements, they knew how to stay apart from their contemporaries by adding tasteful southern rock elements to their recipe, yet retaining their alternative metal credentials, fusing the two scenes at the same time. By placing the great Pepper Keenan as their frontman and axeman, they gained a strong stage presence and a solid fanbase that kept them alive for more than 25 years. A strange commodity these days»
So Ladies & Gents we present to you Pepper and his crew, a.k.a.