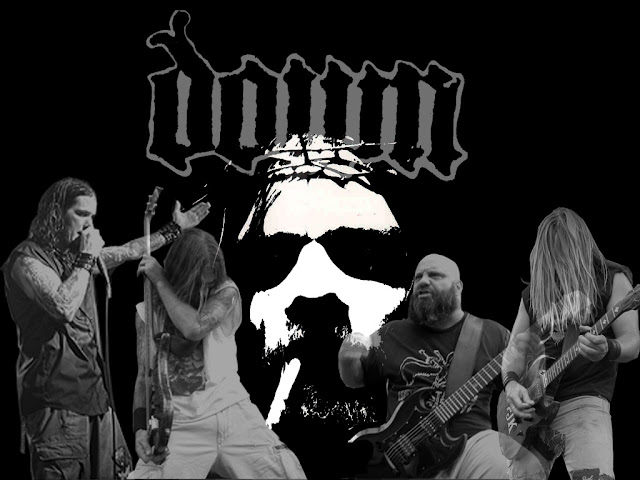 All this week has been ferociously hot and awesomely chill, day in, day out. Today won’t be different. A kind of supergroup, a kind of side project to renowned bands, no matter where you tend to categorise today’s suggestion it was good hearing Anselmo roar something doomier for a change. Don’t let me get started about Awesome Pepper….Best enduring sludge/stoner band (??) as hope for an even gloomier future... 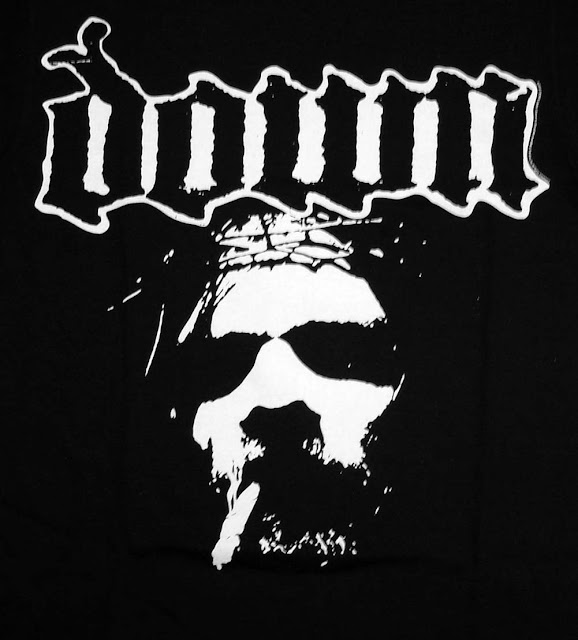 Experts explain the situation: «Down is an American heavy metal supergroup that formed in 1991 in New Orleans, Louisiana. The band's current lineup consists of vocalist Phil Anselmo (Pantera), guitarist Pepper Keenan (Corrosion of Conformity), guitarist Bobby Landgraf (Honky), bassist Pat Bruders (Goatwhore), and drummer Jimmy Bower (Crowbar, Eyehategod, and Superjoint Ritual).
Since their formation, Down has gone on hiatus twice. To date, Down has released five studio albums. The first three were LPs entitled NOLA (1995), Down II: A Bustle in Your Hedgerow (2002), and Down III: Over the Under (2007). In 2008,[2] the band began working on additional material, which resulted in two EPs entitled DownIV – Part I, released in September 2012 and DownIV – Part II, released in May 2014.»

So Pantera and C.O.C. lovers brace yourselves for
ALL Releases

Plus
All of Kokdi's supergroups HERE