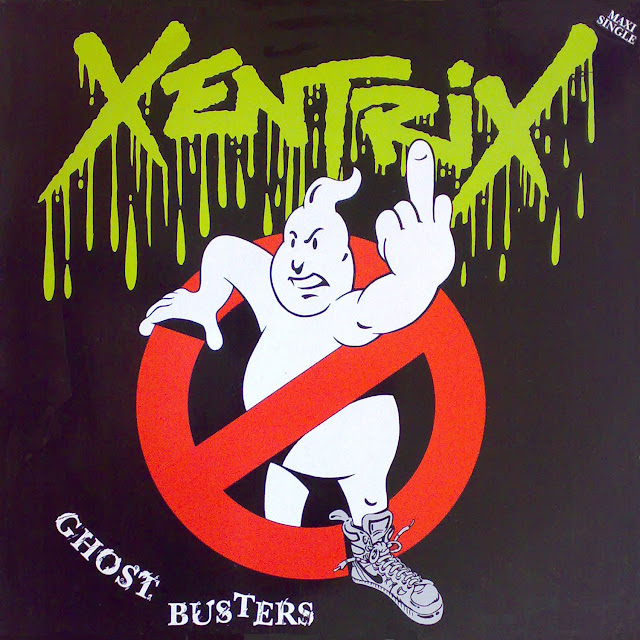 For starters hve an awesome December!! The rhythm and pace of life may be weakening and exhausting but with bands like today’s suggestion u won’t feel a thing. Much – much faster and not exhausting but at times awesome, these Brits can surely make our day the way a good Thrash band can. With their astonishing «For Whose Advantage?» LP these guys from Preston, Lancashire, proved that the UK scene, that lacked enormous bands of that genre, surely knew how to Thrash in a (rather American but) unique way!!

Some words from the experts: «Formed in 1988, British thrashers Xentrix (pronounced Zen-tricks) began their careers by playing metal covers before focusing all of their efforts on coming up with original material. Initially known as Sweet Vengeance (they recorded an unreleased 4-song demo under that name and sent it out to labels and magazines), guitarist/vocalist Chris Astley, guitarist Kristian Havard, drummer Dennis Gasser and bassist Paul Mackenzie created enough of a stir through their live performances that the English branch of Roadrunner Records took notice and signed the group in January 1989.
The band's debut album, ‘Shattered Existence’, produced by John Cuniberti, was released later that year to an overwhelming press response in England, where Xentrix were hailed as heroes. A bunch of scattered live performances followed, with the band embarking on their first headlining UK tour in May 1990.
To coincide with the tour, the quartet issued a brand new three-song EP featuring a cover of Ray Parker Junior's "Ghostbusters", scoring some controversy because of the Ghostbusters logo on their EP. The success of this EP led to the recording of the band's second LP for Roadrunner, which was issued in late 1990 under the title ‘ForWhose Advantage?’
Immediately following the album's release, the band hit the touring trail again, this time venturing over to Europe for the first time as support to label mates Annihilator. Later, Xentrix entered Loco Studios in South Wales to record two brand new tracks, 'Pure Thought’ and ‘Shadows Of Doubt’, which were later released in EP form along with three live numbers recorded in their hometown in 1991. At the end, the band recorded a three track demo in 1995 with Chris on vocals, and then shortly after he left the band.»
So without any further a due the UK thrashters
All Releases


All Thrash posts of Kokdi HERE