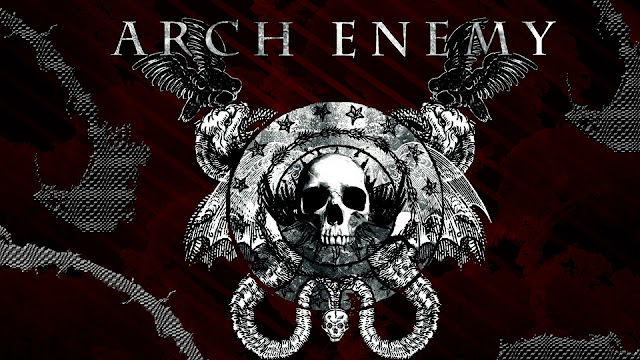 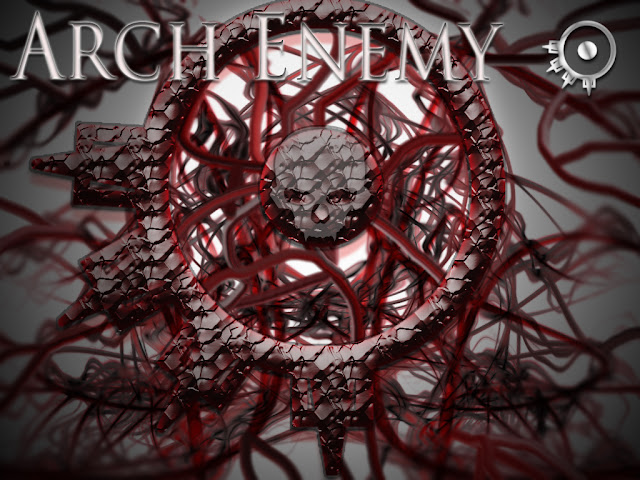 To me they are quite ear pleasing and if u travel further back they seemed onto something that might have helped them be as they are defined, but eventually grew tits and carry their distinctive cross….
And what about that odd definition: “neo-thrash” (call me Mustaine lover)? Well, I know it is not respectable or well authenticated but I prefer that term than the sub-genre both Encyclopaedia & Wiki that defines them as a Death Metal Band!!No worries I’m going to repost @ both Thrash & Death Collections…
But what do they say?
« Arch Enemy's musical style has been classified as melodic death metal.[19][20] AllMusic critic Steve Huey describes the band's sound as a "blend [of] progressive and death metal influences."[21] Earlier albums, such as Burning Bridges, while still classified as melodic death metal, are more centered around classic death metal.[22] Members have cited Iron Maiden, Judas Priest, Black Sabbath, Kiss, Scorpions, Metallica, Megadeth, Testament, Slayer, Pantera, Dio, Manowar, King Diamond, Mercyful Fate, Celtic Frost, Death, Possessed, Sepultura, Accept and Queensryche as influences. » Source Wiki 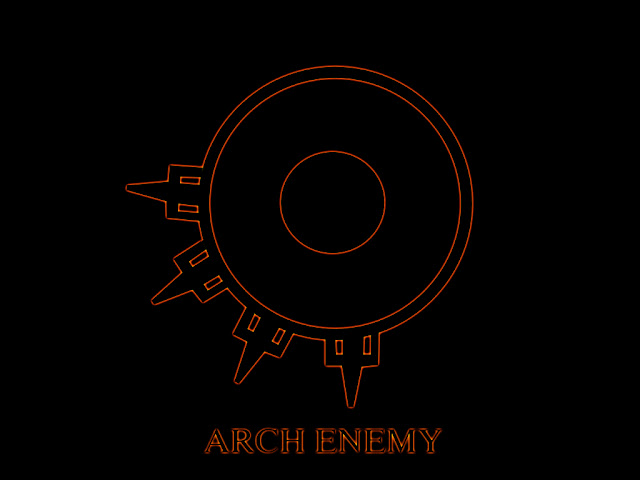 While encyclopaedia states: «Founded by the Amott brothers after Michael Amott left Carcass. Originally with Johan Liiva as singer, the band's debut entitled Black Earth was released by the now defunct Swedish label Wrong Again Records in 1996. It obtained a fair amount of success in Japan, achieving MTV rotation with their first single "Bury Me an Angel", as well as moderate success in Sweden.

It is a common misconception that Johan Liiva played bass on Black Earth - it was in fact played by Michael Amott, who gave the credit to Liiva to make the album seem more like a band effort than a side project (which is what Arch Enemy essentially was at the time). The band signed a contract with Century Media Records for the release of Stigmata in 1998. This was the first Arch Enemy album to be released worldwide and it caught the attention of a wider audience, gaining popularity in both Europe and America.

In November 2000, Johan Liiva was sacked as the vocalist with the cited reasons being "a failure to perform adequately live". Angela Gossow, originally from Germany, replaced Liiva as vocalist. The first album featuring Gossow was Wages of Sin, released in 2001. This is also the first album where the band used C tuning, which they have kept until the present. That same year, Arch Enemy took part in the "Japan's Beast Feast 2002" concert, playing alongside Slayer and Motörhead.
The original lineup reunited in 2016 under the monicker of Black Earth. »
So Ladies & Gents


Related Posts
Carcass
Spiritual Beggars
I Wish I’ve been NWOSDM (all related groups in one post)
Opeth
Edge Of Sanity
Plus all the linked artists above!