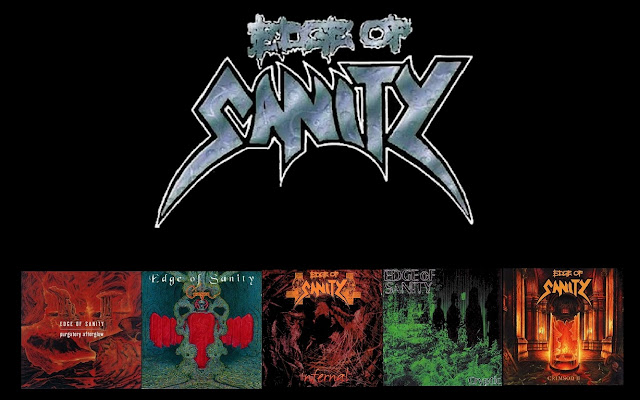 Today we’re back with a vengeance. Today only we present one of the proudest NWoSDM bands that really tried to be as progressive and distinctive and as heavy and intense as possible, at the same time. A long awaited proposal from my friend Chris (x-sickness). Their magnus opus (Crimson Lp) is consisted by a asingle track reminding us of acts like Jethro Tull, or Mike Oldfield or Eloy, or Sweet Smoke, for that matter. 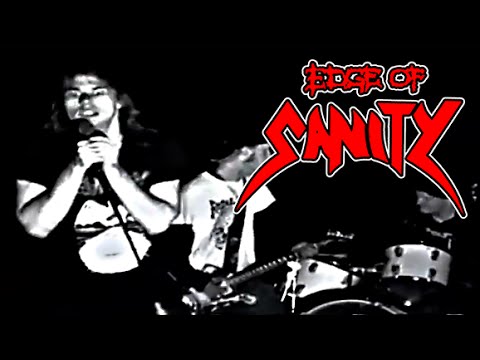 The Swedish band was a one man act, as it happens with other mega-groups of the scene (Schuldiner with Death, even though isn't NWoSDM, Akerfeldt with Opeth, or Michael Amott of Spiritual Beggars/Arch Enemy e.t.c.) the distance that the leader Dan Swanö took after the release of Crimson was, sadly, the starting point of the band’s disbanding.  As the sources (wiki) say: «Edge of Sanity was a Swedish death metal band that, alongside Opeth, is commonly regarded as being the first to fuse extreme metal styles like death and black metal with progressive rock. The group was founded by Dan Swanö in 1989 and ended in 2003.
Edge of Sanity began as a death metal band with their debut release Nothing But Death Remains. The band's second release, Unorthodox, with tracks like "Enigma" and "When All Is Said", showed Edge of Sanity branching out from some of the genre's conventions. TheSpectral Sorrows, Until Eternity Ends, and Purgatory Afterglow continued the trend, so that by the release of Crimson (1996), Edge of Sanity was a progressive metal band. Crimson was a 40-minute concept album consisting entirely of one track, concerning a post-apocalyptic future in which mankind had lost the ability to breed. After one more album, Infernal (1997), guitarist/vocalist/songwriter Dan Swanö left Edge of Sanity, and his departure is generally associated with a decline in quality in the band's material. Swanö was replaced by Robert Karlsson, the vocalist of Pan.Thy.Monium (a side project in which Swanö was also involved), but after one more album, Cryptic, the band split up.
In 2003, Swanö revived the outfit as a one-man band (with several session musicians), and recorded a sequel to Crimson, Crimson II. Immediately after, he re-dissolved the project.»
So ladies and gentlemen the progsters of Death from Sweden


A Uk band and the rest of NWoSDM