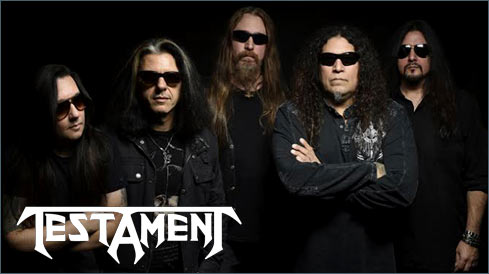 Today’s suggestion is aiming to TheGathering mega album that transformed Testament from a major band to the first ALL - Star Thrash band as Death were for death metal… with the addition of DiGiorgio, Murphy and Lombardo, to the founding duo (Billy & Peterson) 1999’s The Gathering was simply astonishing!!
But one is never enough so we accompany this super album with a couple of others equally awesome and classic plus… a couple of hits!!

And don't forget!!
4 All that is Thrash @ Kokdi's press HERE