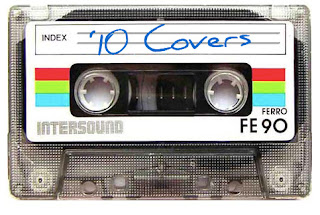 Today I was thinking something of a mega combo, instead of a Great One from the List… Why not everyone (well almost)?? A post tribute to garage, some consider to be the actual first rock genre (considering rock as something only white men played). With the term garage one should perceive as bands gathered around a DIY studio performing their favorite bands and tracks. The story of Rock’ n Roll is filled with cover versions of other people’s songs…Some made covers the ground base of their success story (Elvis, Beatles, Rolling Stones), some used it as tool of promoting significant bands that were unknown but quite remarkable…This post is rather a big connect them all, through the most characteristic of the genre; the freedom to cover your favorite tune, maybe in a garage...maybe as a garage, such as Iguanas... 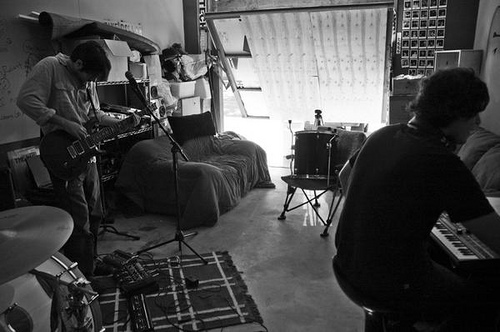 Some use cover tunes as a ticket to stardom, some use it as a way of expression…Ay way to see it is quite joyful to compile significant cover versions that were both astonishing and well renowned today. Trying to put them together I’ve decided to have some relevance and historic continuity to our favorite music. So starting off from well-known covers of earlier tunes by giants of vintage rock such as Jerry Lee and Elvis, Helloween covering Elvis and so on… We’ve included the cover song some named the 1st heavy metal tune ever ("Summertime Blues" but I think that the Beatle “I Want you (She’s so Heavy”) track may claim the relative title), some better than the original tracks (Orgasmatron/Am I Evil?), plus the country cover to cover, even if country is covering other timelines and sub-genres (mixing up Creedence, Zeppelin, Hendrix, Jam, Cash and Dylan, all covering someone else’s tunes), only to end up to the best reps of the British Invasion (covered by everyone e.g. Ghost B.C., Sisters), through Frost to David Bowie and the Punk scene covered by metal or not so metal bands (such as Megadeth, Destruction, Sepultura, Slayer, or RHCP, covering the Pistols, Exploited, DK, G.B.H./Stooges/T.S.O.L., or Ramones) 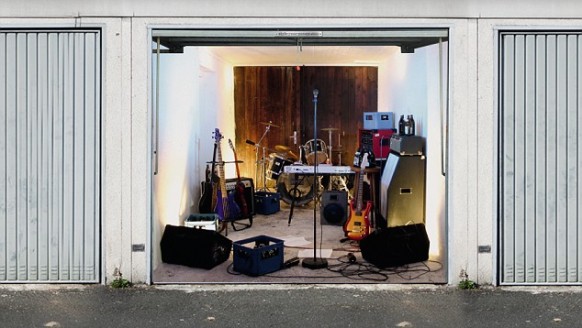 and finally, paying homage to the classics of Heavy Metal covering each other (Ac/Dc covering blues, covered by Motörhead, covering Maiden, covering Purple and Tull, covered by…) and of course how could we end it but by using The definitive garage band of Metal Business, being covered by Chuck’s Testament??
To help tipping you this playlist could be named Garage Days Re-re-re-visited the 5.95$ Compilation, or all the Rock in one post maybe?? 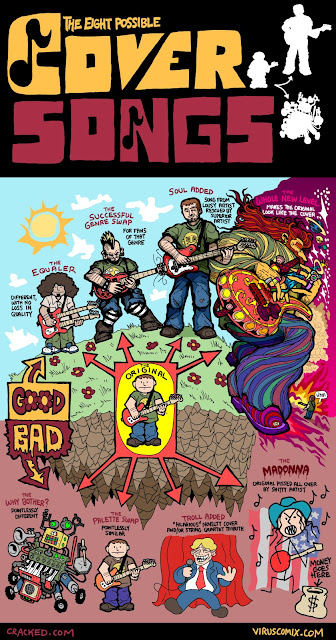