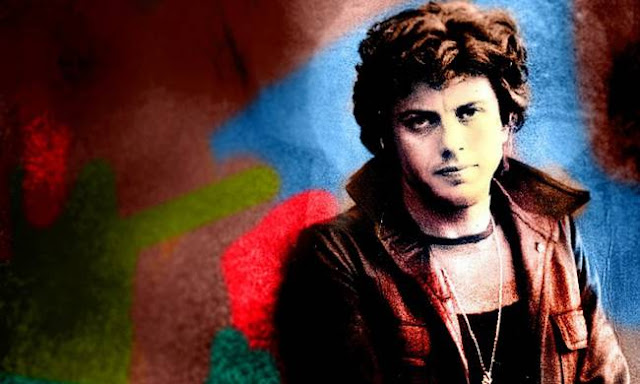 Since this week I’ve already set my mind on covering the Greek speaking Rockers of my generation, it is already one day too late to strat but it is never too late... Artists that put their brand in the local scene with legendary stories, some of them probably well-known and abroad. This 3 day back to back suggestions brings u Greece’s finest, speaking the native tongue and performing something of a classical US kind of blues rock (for today), something of elementary rock infused with artistic addition (such as lyrics taken from poems, sounds imitating mainstream international music with extensive use of keyboards for tomorrow) and the most original of this lot, a genuine replica of brit new wave post-punk sounds and founding bands (e.g. early Cure for Wednesday) with Greek subversive lyrics and ultimately an independent and exploring rock sound that still endures and referred to as classic and an endless fountain of inspiration (as far as Greek speaking Rock concerns…) 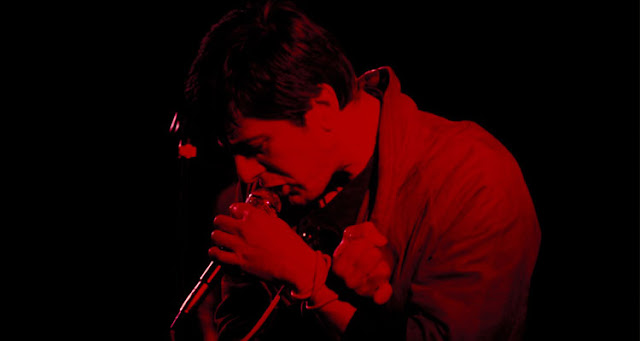 Taking as staring point the sad occasion of Greek’s primary Rock heroes and true advocate of sex drugs & rock’ n roll dogma demise @ 06/12/1990 and before switching it to Greek it’s nice to state something in UK first (as noted in wiki): « Pavlos Sidiropoulos (Greek: Παύλος Σιδηρόπουλος; July 27, 1948 – December 6, 1990) was a Greek musician, noted for supporting the use of Greek lyrics in rock music, at a time when most Greek rock groups were using English lyrics. Pavlos Sidiropoulos was born on 27 July 1948 in Athens in a wealthy family. His father Kostas has been raised in a known family of merchants from Pontos and he owned the paper production company ELFOT, however politically was a supporter of the left. His mother Jenny was granddaughter of George Zorbas (the real person behind the novel Alexis Zorbas of Nikos Kazantzakis. He was also nephew of writer Elli Alexiou and poet Galatea Kazantzaki who was the first wife of Nikos Kazantzakis.
Sidiropoulos began his career in 1970 in Thessaloniki, where he was studying maths. Together with Pantelis Delleyannidis he founded the rock group “Damon and Phintias”. A song of that era (“Clown”) later came out in the album “Zorba the Freak”. He never finished his studies, and he returned to Athens, disappointed by the revolutionary youth of Thessaloniki at the time, where he worked to his father's factory. They soon met, at "Kittaro" the Greek musician Dionysis Savvopoulos and his group “Bourboulia”. They joined that group and participated in the album “Damis the tough” (Greek: Ντάμης ο σκληρός). They stayed in this group for two years until 1974. It was through this group that Sidiropoulos first experimented with combining Greek and rock music. 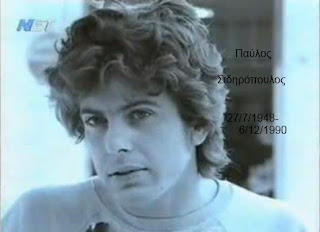 Afterward Sidiropoulos collaborated with the Greek composer Yannis Markopoulos: he sang in his compositions “Oropedio”, “Thessalikos Kiklos” and "Electric Theseus" on lyrics by the poet Dimitris Varos. In 1976, together with Spiropoulos brothers, he founded the music group “Spiridoula”. They created the album "Flou". It is considered to be the greatest rock album in the Greek rock scene ever, as "Flou" inspired many musicians and opened a completely different path to Greek audience.
It was during this period that Sidiropoulos made his two film appearances. He had the leading role in the film “O Asymvivastos”, directed by Andreas Thomopoulos. He also sang all of the songs of the soundtrack, written mostly by Thomopoulos, including 'Na m' Agapas'. At the same time, he starred (together with Dimitris Poulikakos) in another movie by Thomopoulos, “Aldevaran”. Sidiropoulos also made one appearance on TV in a series called “Oikogeneia Zarnti”, directed by Kostas Ferris. 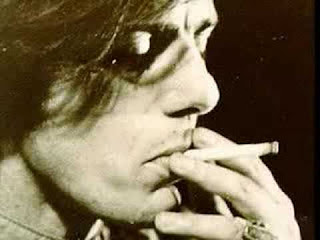 In 1980, Sidiropoulos joined the band “Oi Aprosarmostoi”, where he remained until his death. They released several albums and made numerous live performances. In 1982 the album “En Leyko” was published, of which many of the songs were censored. In 1985, the LP “Zorba the Freak” was released, and in 1989 they released “Without Make-up” (in Greek), which was recorded live at Metro club in Athens.
In the summer of 1990 and after his mother's death, his left hand started getting paralyzed, as a result of his long term drug use that he was trying to overcome for many years. He continued his live performances but the deterioration of his health had serious psychological implications. On December 6, 1990 he died from heart attack, caused by heroin overdose.»
Those interested in the Greek version press HERE
So ladies & gents the Prince of Greek Rock
Extensive Tracklisting