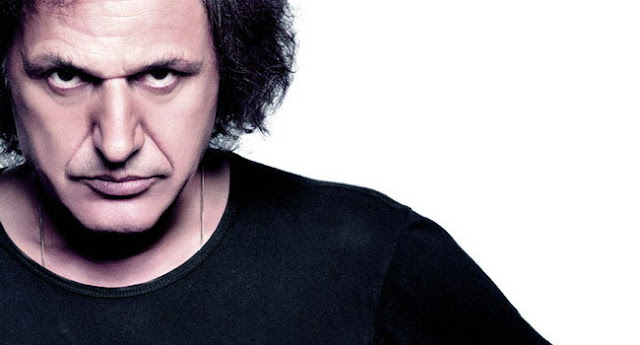 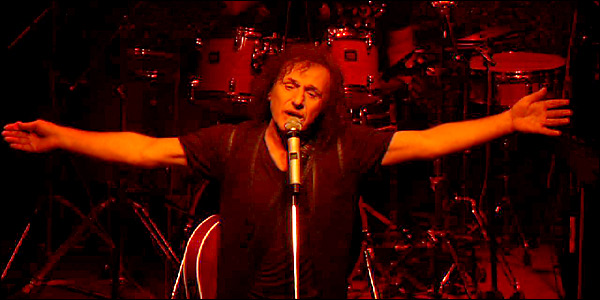 Who cares??My childhood memories are still vibrating with the chant: «Βασίλη ζούμε για να σε ακούμε». The man who took art rock music and made it commercially successful and widely mainstream amongst the natives of this country, had a lot to owe to Savvopoulos (as well as yesterday’s artist), Theodorakis and Zouganelis for his illustrious career and surely amongst his career highlights must be his participation and interpretation of Kavvadia’s poetry through the sentimental music of Thanos Mikroutsikos. Before geting started with the trivia, I musta aknowledge this great artist his straight forward attitude to copyright infringment. All the selections in the playlist below came from artist's own youtube channel without any sign of complex or this awkward merchant's bias, other great and renown artists possess towards this subject (e.g. Dylan that managed to ban every great tune of his, in youtube!!). Εύγε Βασιλάρα ακομπλεξάριστε!!! 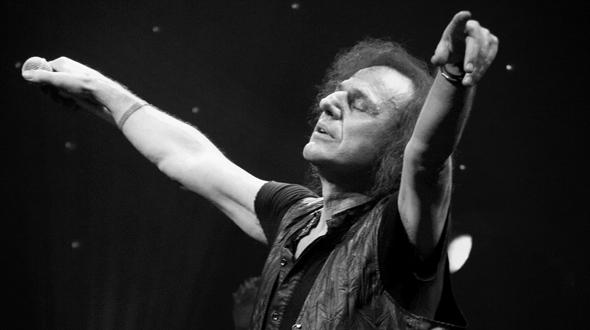 As quoted in the scriptures: «Vasilis Papakonstantinou was born in Vastas, outside of Megalopolis, Arcadia. In 1957 he moved to Athens along with his family. He has fifteen siblings. His adolescence was marked by the musical and social trends of the 1960s: Mikis Theodorakis, protest rock, international peace and liberation movements, while Greece was trying to quickly heal the wounds of the Greek Civil War. According to some interpretations, the Left sought to shelter itself and give a perspective to the shattered disappointment following the civil war by providing a sensitive and claiming culture. Vasilis Papakonstantinou became a follower of the left without ever becoming a member of a leftist party. In 1973, after having served in the Hellenic Army, fulfilling his national service obligations, he moved to West Germany and settled in Munich. There he participated in anti-dictatorship organisations, campaigning against the Greek military junta of 1967–1974 and singing in places with a considerable Greek student and immigrant population. 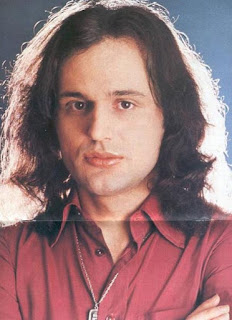 His first musical encounter was with Mikis Theodorakis in the summer of 1974, in Paris - their collaboration commenced two years later. In 1974, Vasilis returned to Greece following the fall of the dictatorship and embarked on a professional singing career, singing in clubs, and also recorded a 45 rpm gramophone record. That same year he collaborated on the recording of "Ta Tragoudia tou Dromou" (Road Songs) by Manos Loïzos.
In 1975, he recorded "Ta Agrotika" (Rural Songs) by Thomas Bakalako and met with two composers with whom he was going to work closely for many years: Manos Loïzos and Thanos Mikroutsikos, two composers that were bearing a fresh new sound to Greek music. Both of them promoted in new manners the songs of the big city without following faithfully the traces of popular or artistic music of earlier famous composers. Papakonstantinou's interpretation was ideal in expressing their dynamism and expressiveness. In 1976 his much anticipated collaboration with Mikis Theodorakis took place in the recording of "Tis Exorias" (Songs of Exile), and in 1978 the composer included Vassilis in the singers who took part in his international tour of Europe, the Americas and Australia. At home Papakonstantinou actively took part in youth and worker movement rallies, singing at strikes, meetings, anti-racist and anti-fascist concerts. 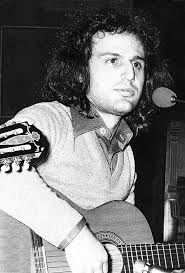 From that time on, just before the 1980s, Papakonstantinou began demonstrating influences from the international rock movement. He performed songs which had an obviously more thick sound and more acute and intervening lyrics. This trend appeared gradually in the two records that he recorded in the early 1980s; the first one was titled after his name and included songs written by Antonis Vardis and adaptations of songs written by Dionysis Savvopoulos, Mikis Theodorakis and Luis Lach. The second one "Fovame" (I fear) with songs composed by Manos Loïzos, Lakis Papadopoulos, Giannis Zouganelis and Giannis Glezos consolidated his profile from that time up to date. He met NikolasAsimos and took part in his first record "Xanapes" (Say it again) by singing two songs. Assimos became the second person after Loizos, who influenced him a lot with his peculiar personality. In 1984 with his record "Dieresi" (Division) his new sound was finally established. In 1987 he reconfirmed it in "Heretismata" (Greetings) including songs by Nikolas Asimos, Aphrodite Manou, and Christos Tolios and by the mid-1980s Vassilis Papakonstantinou was considered one of Greeces most popular concert performers.[3]

In April 1985, a 16,000 audience attended his first major personal concert at the Peace and Friendship Stadium and again in June 1988 at the Apostolos Nikolaidis Stadium on Alexandras Avenue. Vasilis, never received any support from the media; even though his era was eroting away as many suggested 8 years ago, however in the 19th festival of EDON (new democratic youth of CYPRUS- or as many would suggest the Communist youth) Vasilis managed to attract a 20,000 tickets-sold out audience, many managed to enter the concert by jumping over the walls and fences rasing the sum of those who attended to around 23,000. Making it probably the biggest sold out concert ever made on the island.

He united three generations of fans including a strong following of "educated" adolescent fans. At the end of the 1980s, he interpreted "difficult" songs with lyrics written by Kostas Tripolitis and music by Thanos Mikroutsikos. In between he sang "Chorevo" (I am Dancing) and in the new decade he sang for the second time after 1978 in "Stavros tou Notou" (Southern Cross) songs by Nikos Kavvadias and Thanos Mikroutsikos.

Although his songs of the last years follow the sound of "popular" culture he hasn't hesitated to record LP albums on the verses of two of the most celebrated Greek poets. In 1984 he sang poetry by Kostas Karyotakis in a record named after the poet, and in 1993 "Fissai" (It is Blowing) had verses by Tassos Livaditis and music by Giorgos Tsegaris. He interpreted Nikolas Asimos again in 1992 in "Falimento tou Kosmou" (The end of the World) and in the last decade he made "Sfedona" (Sling)»

So ladies and gents we present to you an extended playlist of the first 20 recording years of VuPu (as Greeks often call him), a.k.a.