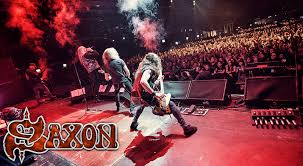 I don’t realy know why like Pirantello (wanting to write a story for each day of the year but never accomplished it), I haven’t, till today finished up a simple (as it sounded then) task, such as suggesting a 365 music suggestion post through Kokdi. As it turns out we’re apparently @ 260 (minus today’s) distinct and various suggestions expanding through mainly the Rock genre. So it is time to pick it up again (with the 1st suggestion - post of 2017!!!) remembering one of the classics that Kokdi always loved but failed to mention wherever a good conversation about the dynamics of NWoBHM were held. 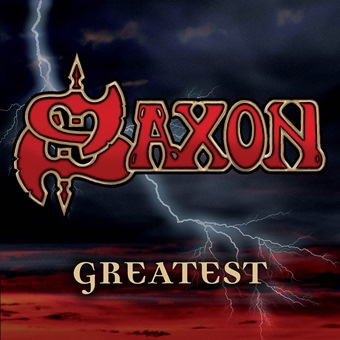 If Iron Maiden were never to be then today’s group would be absolute Kings either in NWoBHM, or UK’s Metal scene in general having even more illustrious position than today’s quite underrated one. Their pride consisted in frank music and attitude & despite the rumours they were untouched by irrelevant criticism and kept recording, touring and delivering genuine and sincere HEAVY METAL, as it was early conceived by Geoff Barton a journalist / DJ and CO in the land of the britains that even stiffs like Manowar had to hail eventually. I've left the detail of the close friendship between Biff and the undying Godfather of us all at the end; because many times, it's not who u are, but those who love to hang out with you, that makes more sense, when someone as worthless as I, tries to estimate and measure the extend of one's true worth.
The specialists (encyclopaediametallum) refer to the Gods Biff& Co. a.k.a SAXON, like this: «The band has been around in one form or another since 1970 - first being known as Blue Condition, then SOB, and finally Son of a Bitch before being renamed to Saxon in 1977. This is not the same Blue Condition that Al Atkins (Judas Priest) sang for in the mid-1960s; that was a different band which split up in '68.
Former members Graham Oliver and Steve Dawson registered the name Saxon in 1997 behind the backs of the band, and for a period there were two versions of Saxon touring. On 25th February 2003, the law found in favour of Biff Byford, and Oliver and Dawson were forced to rename their version of the band Oliver/Dawson Saxon.
In 2007, Saxon appeared in a Channel 4 (UK) documentary where Harvey Goldsmith tries to "re-invent" them and help them have a hit single. The song in question was "If I Was You" (from The Inner Sanctum album), and Harvey produced an alternate version of the song than the one written by the band. Both versions were released on a single, which was also packaged in a noticeably different style than Saxon's other releases of the last 20 years.
Later the same year and during the Hard Rock Hell weekend festival in Minehead, UK, Nigel Glockler was attacked by 3 Inches of Blood drummer Alexei Rodriguez, who was as a result dismissed by his band.
Biff Byford and Nibbs Carter have made guest appearances for Paul Di'Anno & Dennis Stratton; Byford, Carter, Nigel Glockler and Paul Quinn have all been featured for Air Pavilion.»

The other specialists (WIKI) quote for that great underdog:

«Saxon are an English heavy metal band formed in 1977, in South Yorkshire. As one of the leaders of the new wave of British heavy metal, they had eight UK Top 40 albums in the 1980s including four UK Top 10 albums and two Top 5 albums. The band also had numerous singles in the UK Singles Chart and chart success all over Europe and Japan, as well as success in the US. During the 1980s Saxon established themselves as one of Europe's biggest metal acts. The band tours regularly and have sold more than 15 million albums worldwide. They are considered one of the classic metal acts and have influenced many bands such as Metallica, Mötley Crüe, Pantera, Sodom.[1]»

So ladies & gents we took a lot time but quite pulled it through in the end payin our homage to the legendary Byfford Band, a.k.a.
@Their golden era (1979 – 1986)