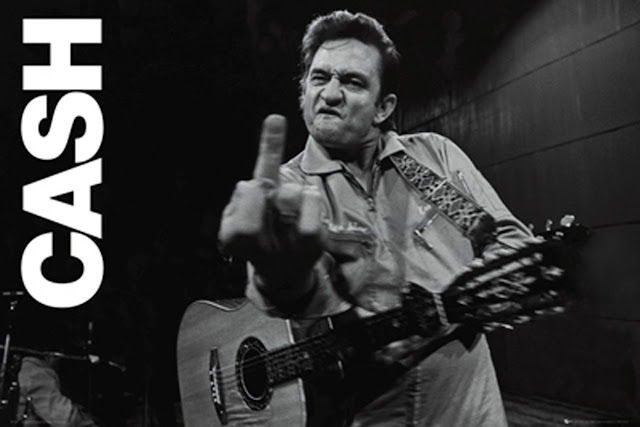 Today we’re shifting gears to something laid back (??) and easy…Some plain redneck country music straight from the best the one & only Man In Black long before Mets or even the well-known secret company that handles aliens with the proper discretion. Today’ s artist may not considered quite rock but if gospel and blues is considered a center pillar of evolution, sadly so, is bluegrass and country music…and frankly, after American Recordings and Rick Rubin, there isn’t a sensible rocker that does not comprehend him as anything else but a true & genuine apostle of Rock Music. And if u still are not convinced, contemplate his activism for the Indians to be surely persuaded… 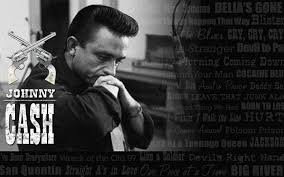 Ranking #35 @ my Top100List today’s artist was, as noted in wiki: «an American singer-songwriter, guitarist, actor and author [2] who was widely considered one of the most influential musicians of the 20th century.[3] Although primarily remembered as a country music icon, his genre-spanning songs and sound embraced rock and roll, rockabilly, blues, folk, and gospel. This crossover appeal won Cash the rare honor of multiple inductions in the Country Music, Rock and Roll and Gospel Music Halls of Fame.
Cash was known for his deep, calm bass-baritone voice,[a][5] the distinctive sound of his TennesseeThree backing band, a rebelliousness[6][7] coupled with an increasingly somber and humble demeanor,[4] free prison concerts,[8][9] and a trademark look, which earned him the nickname "The Man in Black".[b] He traditionally began his concerts with the simple "Hello, I'm Johnny Cash"[c], followed by his signature "Folsom Prison Blues".
Much of Cash's music echoed themes of sorrow, moral tribulation and redemption, especially in the later stages of his career.[4][12] His best-known songs included "I Walk the Line", "FolsomPrison Blues", "Ring of Fire", "Get Rhythm" and "Man in Black". He also recorded humorous numbers like "One Piece at a Time" and "A Boy Named Sue"; a duet with his future wife, June Carter, called "Jackson" (followed by many further duets after their marriage); and railroad songs including "Hey, Porter" and "Rock Island Line".[13] During the last stage of his career, Cash covered songs by several late 20th century rock artists, most notably "Hurt" by Nine Inch Nails.»
Ladies and gentlemen may we present you the first Man In Black, a.k.a.


In an extensive 126 track playlist containing 75 hits from his first era 1956 – 1962 (u have to watch it in youtube in order to select tracks from the time markers in information), plus a 50 track selection from American Recordings (1994-2010)