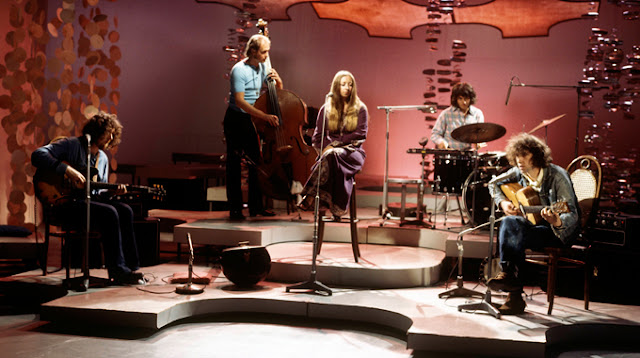 (Source Wiki) Pentangle (or The Pentangle)[1] are a British folk - jazz band with an eclectic mix of Folk, jazz, blues and folk rock influences. The original band was active in the late 1960s and early 1970s, and a later version has been active since the early 1980s. The original line-up, which was unchanged throughout the band's first incarnation (1967–1973), was: Jacqui McShee, vocals; John Renbourn, vocals and guitar; Bert Jansch, vocals and guitar; Danny Thompson, double bass; and Terry Cox, drums.
The name Pentangle was chosen to represent the five members of the band, and is also the device on Sir Gawain's shield in the Middle English poem Sir Gawain and the Green Knight which held a fascination for Renbourn.[2] 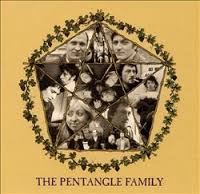 We have to admit though after noticing that one of their most famous albums (Cruel Sister) has no copyright restrictions (meaning that all songs are public domain) that is group may as well be a) enormously rich or b) unbelievably true to their art…. Your choice
Thanks to Tomy c 4 reminding us the chilling, travelling beauty of late 60’s experimental folk ‘n roll…
So covering a time space from 1968 to 1972 we present to you the Top 5 releases of