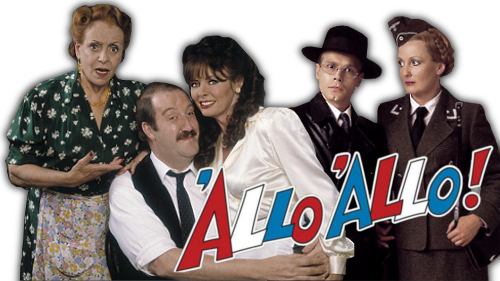 Meet René, the most wanted man in Occupied France: Women want his body. The Resistance wants his brain. And the Nazis want his sausage! In a small café in occupied France the harassed proprietor, René, is fighting his own war. With the German Army in residence at the bar, René is risking his neck to aid the Resistance by hiding two British airmen and a radio transmitter upstairs. As if this wasn't enough, René has also got involved in hiding a priceless painting in a garlic sausage, which even now is being sniffed out by the Gestapo. But René's real problem is his wife, Edith, and what she will do to him when she finds out about the affairs he is having with two sexy waitresses! (BBC)