Ladies & Gents I know it’s been too long for a big combo. Having to protect the label sexist, that anyone without brains could have labeled me with, after the generation ΓΑΠ post, I’ve tried hard not to….fap over the series we are introducing for this Sunday on and hopefully for another 5 Sundays to come. It is definitely the most sexist and the sexiest post of Kokdi’s. So I hope both genders to enjoy. 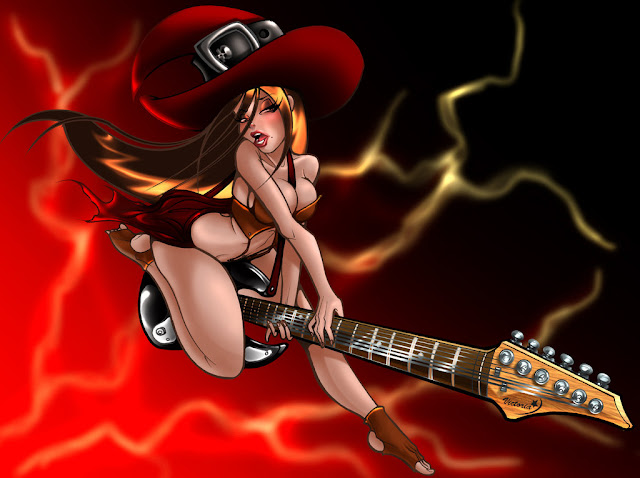 Since this blog is under surveillance from youtube, I’ll once more plea for not throwing this tiring work of the respectable uploaders (Xvids33 already changed channels, Hollywood Scream, Marcus Nibler, Stroker Ace, IMTheMagicRat, Kevlar Monkey, Heartbreak In the Motordrive, Boneyard, Jess De Los Santos Jr e.t.c.) to waste. So DO NOT TAKE DOWN THE PRETTY GIRLS. And I'm saying that because I have already posted a disclaimer and this blog HAS NO adsense enabled so it doesn't make any profit whatsoever!! But having learned from Buck itself that his majestic videos was taken down because they were offensive (?!?!?), filled with porn - like nudity (?!?!?! can’t stop laughing), I’m beginning to feel that something is terribly wrong with the collective psyche. So in order to be even more provocative let me start with the ongoing uploaders, with hope that till the end of “Rock’N’Girls” series, he will contribute as well (those who like, might take a taste from the only one video left untouched (Smooth – Santana #31 on this playlist)
And we on the other hand will try to enjoy audio – visually known rock anthems to which astonishingly pretty babes dance to. With tremendous respect to the uploaders this series of posts surely will interest males way more (or not?); so ladies if you object I wouldn’t have a problem to compile a similar one with male models…Stay in touch and try not to…
Some of the bands that we’ll enjoy are already mentioned through this blog. Some of them are: Scorpions, Infectious Grooves, Queen, The Police, David Bowie, Led Zeppelin, Pantera, Santana, The Doors, Rolling Stones, Whitesnake, Aerosmith, AC/DC, Bad Co., Tool, Pink Floyd, Bruce Springsteen, Dire Straits, Rainbow, Def Leppard, Nirvana
So enjoy and try not to fap!

And don’t’ forget ALL Compilation Posts of Kokdi right HERE