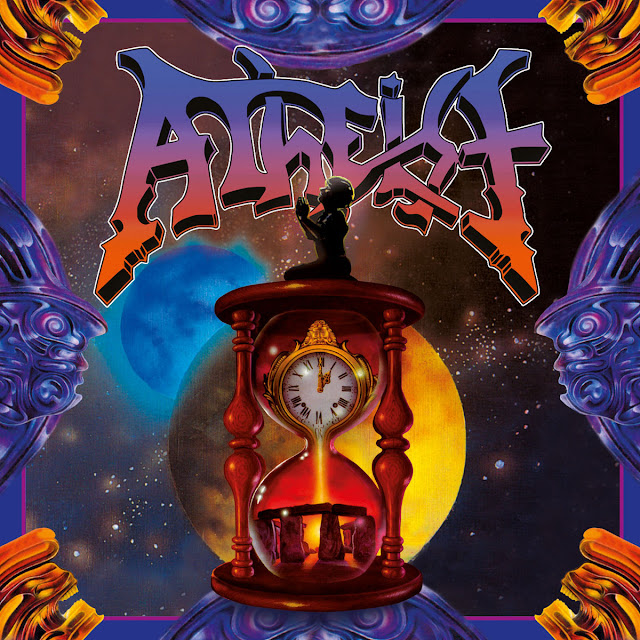 I’ve really tried to heat things up due to the forthcoming Rock’N’Girls Part II (which is a classic hard rock, AOR combo with tons of beautiful babes swinging alongside the tunes) but all I get is prog and diversity. So I’ve turned to Chris (x-sickness) and his suggestions.


Having heard today’s suggestion’s first release I always had them in mind but never found the right opportunity; no worries the time has come 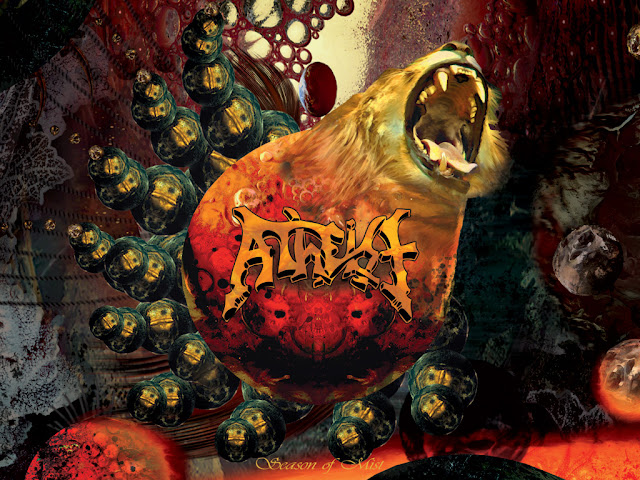 I’ll leave it to the experts to clarify: «Atheist is a death metal band from Florida, founded in 1988 by vocalist/guitarist Kelly Shaefer, guitarist Rand Burkey, bassist Roger Patterson, and drummer Steve Flynn. The band is known for their highly technical playing style, and their 1991 album Unquestionable Presence is regarded as an important landmark of the technical death metal genre.[2]
The band was originally formed in 1984 in Sarasota, Florida, United States, firstly under the name Oblivion[3] and later R.A.V.A.G.E. (which stands for Raging Atheists Vowing A Gory End).[3] They recorded their debut album, Piece of Time, in 1988, which was released in Europe in 1989, but not in the United States until 1990. In 1991, bassist Roger Patterson died in a car accident and Atheist recruited Tony Choy (previously a member of Cynic) to record their second album, Unquestionable Presence. Atheist disbanded for the first time in 1992, reuniting in 1993 and recording their third album Elements, fulfilling their contractual requirements, before disbanding for the second time.
Seven years after their second break up, Kelly Shaefer decided to re-release and remaster their three albums with different bonus tracks.»
So Ladies And Gents here you have it another progster of Death Metal a.k.a. 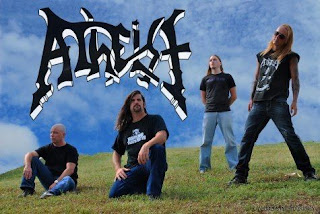 ATHEIST
In their 3 first Albums

Related Posts
(plus the ones mentioned above)
All Of NWoSDM
And Don’t forget All of Kokdi’s Death Metallers HERE;
All of Kokdi’s Progsters HERE