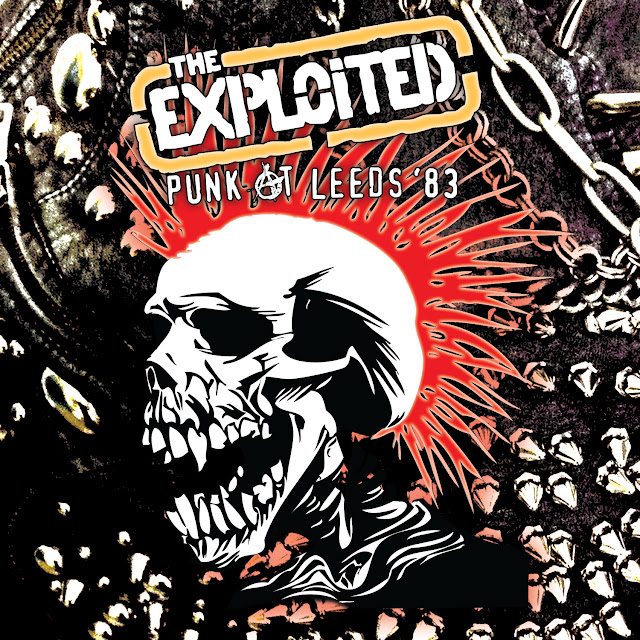 Today’s band didn’t quite make it neither in this blog (till today) or MyTop100List of Rock. And it wasn’t for lack of trying or for some other particular reason either. Maybe the fact that this band is maybe synonymous with the sub-genre it represents, yet it’s latest releases sound more of thrash  than hardcore punk; so I figured, it was better not to include them in the relative list so I wouldn't be so subjective to the bands and artists' picks, for their attributes in Rock's world scene. Pioneers nevertheless in the 2nd wave of punk attack from Uk (and Scotland no less!!) and as it turns out, main influence of the pioneers of thrash metal that were about to form and commercially take over the genre today’s band represented with absolute honesty and the rawest (at that time) of riffs!! 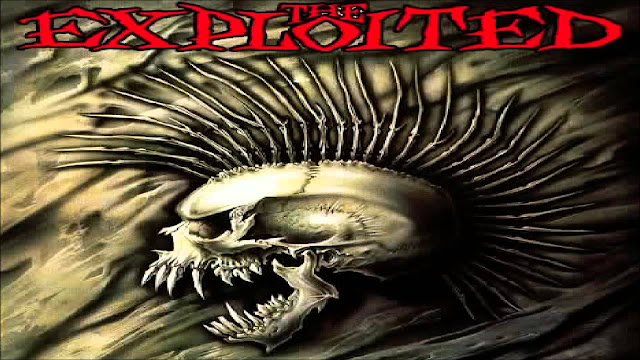 More from the experts (rateyourmusic.com): «The Exploited started in 1979 as a more provocative, aggressive punk band than those that came before them. They were headliners of the "Apocalypse Punk Tour", which helped to promote the new wave of British punk, with bands like Anti-Nowhere League, G.B.H, Discharge, and One Way System.
Their first LP, titled PunksNot Dead made #1 in the UK independent chart and #20 in the UK national chart. In August 1981 they reached #31 with the anti-war song " Dead Cities" and appeard on Top of the Pops. More national hits came with " Attack" (#50) and their split EP with Anti-Pasti, Don'tLet 'Em Grind You Down (#70).

Their most popular LP was Troopsof Tomorrow, which reached #17 in the UK National Top 20. Their third LP was Let's Start a War... Said Maggie One Day, with the title song against Margaret Thatcher and her war in the Falklands. In 1985 they made Horror Epics, and The Massacre was released five years later. Since then, they have made a trickle of classic hardcore punk albums ending with their two most recent, Beat the Bastards and Fuck the System.»
Whilst in wiki this info presents some interest despite the fact that their legacy is already well known: «The Exploited are one of the biggest bands in the history of punk and their song "Punks Not Dead" has symbolic significance for the punk movement.[27] The band are one of the pioneers of the second wave of United Kingdom punk and are also a universal symbol of anarchy, rebellion and punk.[28] The Exploited are one of the iconic bands of the UK 82 punk movement along with Charged GBH[29] and Discharge.[30] The term "UK 82" came from The Exploited's song "UK 82".[31] Allmusic described The Exploited as "one of most riveting British punk rock units of the early 1980s".[32]
The Exploited have influenced multiple bands  such as Discharge,[33] Stormtroopers of Death[33] (a.k.a. S.O.D.), Agnostic Front,[33] The Virus,[34] The Casualties,[35] Anti-Flag,[36] and Blanks 77.[37]
The Exploited has been controversial for their aggressive lyrics and rowdy gigs. They were considered "cartoon punks" by Ian Glasper.[51] Glasper wrote: "For many, The Exploited were the quintessential second wave punk band with their senses-searing high-speed outbursts against the system, and wild-eyed frontman Walter 'Wattie' Buchan's archetypal orange mohican."[51] The Exploited are known for their lyrics about anarchy,[39] politics[52][44][1] and anti-authority.[53][27] As a band with lyrics that have anarchism-themes, The Exploited's vocalist Wattie Buchan is an anarchist[28] and openly hates politics.[27] The Exploited have made songs about former British Prime Minister Margaret Thatcher and have expressed a disdainful view towards Thatcher.[52][54] The Exploited's song "Maggie", a song from the band's album "Horror Epics", is about Thatcher.[44][52]

Other topics on the album are police-driven riots, war, unemployment and hopelessness.[38]»

So ladies & Gents another bright installment in Punk Rock, the final of the revered trio of Punk, a.k.a.

The rest of the Revered


Does it sound familiar?