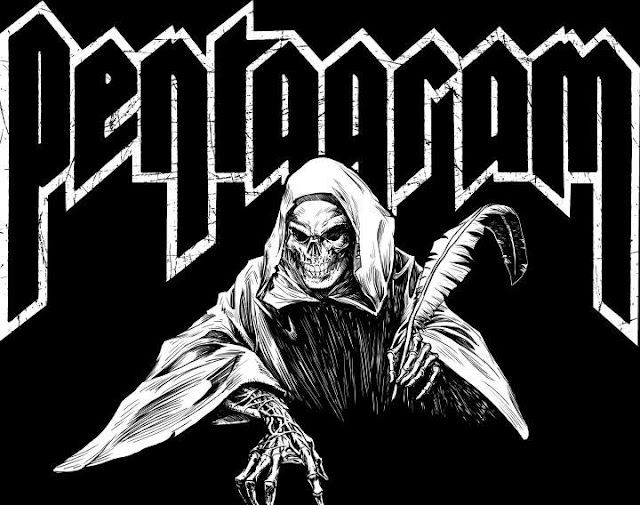 Today’s suggestion is iconic. Yet it is not considered as archetypal with e.g. the Sabs, even though they were formed in the same decade give or take one or two years. Why is that? The band remained in the underground scene all of the 701’s and early 80’s and had to wait for bands like Candlemass or St. Vitus to emerge before releasing their first eponymous debut album in 1985. They are considered to be amongst the Doom subgenre Classics and groundbreaking artists even though eventually all Doom experts agree on Candlemass trademariking the term (as Metallica did with their Thrash aesthetics, even though groups like Exodus were way older and far more experienced since they formed back in ’79) 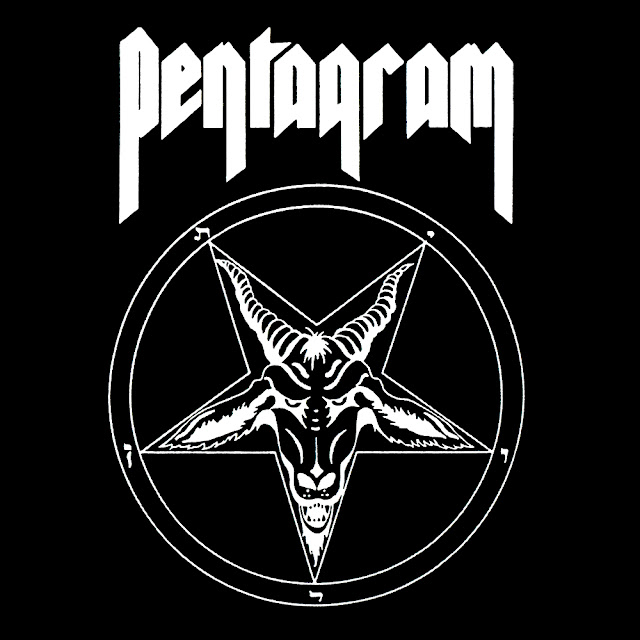 So it is time to listen to the experts (wiki) about these original doomsters: "Pentagram is an American heavy metal band from Alexandria, Virginia, most famous as one of the pioneers of heavy metal, and the subgenre of doom metal in particular. The band was prolific in the underground scene of the 1970s, producing many demos and rehearsal tapes, but did not release a full-length album until reforming in the early 1980s with an almost completely new lineup. Throughout the band's history the only constant member has been vocalist Bobby Liebling. The revolving lineup of Pentagram has featured many well respected musicians in the local doom metal scene, with members spending time in other acts such as Raven, The Obsessed, Placeof Skulls, Internal Void, Spirit Caravan, among many others."
Historically there is much interest for a band remained unsigned in a non Internet world till their first release in 1985: "On Christmas Day 1971, this "classic" Pentagram lineup began rehearsing, with Liebling on vocals, McAllister on guitar, Greg Mayne (formerly of Space Meat) on bass, and O’Keefe on drums. In mid-1974, rhythm guitarist Randy Palmer joined the "Ram Family", as the group was known, but left in January 1975 due to drug problems and the group once again continued on as a quartet.
Demos recorded by Pentagram included:
1.    A three-track demo recorded at Columbia Studios in New York, New York on September 20, 1975 (featuring "Run My Course", "When the Screams Come" and "Wheel of Fortune")
2.   A 12-track demo recorded at the American Mailing Warehouse in Alexandria, Virginia on December 1972 and on February 2, 1973 (featuring "Virgin Death", "Yes I Do", "Ask No More", "Man", "Be Forewarned", "Catwalk", "Die in Your Sleep", "Forever My Queen", "Review Your Choices", "Walk in the Blue Light" and "Downhill Slope").
3.   A five-track demo recorded at Underground Sound in Largo, Maryland, on September 4, 12 and 23 1976 (featuring "Smokescreen", "Teaser", "Much Too Young to Know", "Little Games" and "Starlady"). 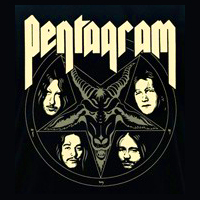 In 2001, Relapse Records issued an authorized compilation of 12 early tracks, three of which were live rehearsal recordings, titled First Daze Here (The Vintage Collection). Following the compilation's success, Relapse released First Daze Here Too in 2006, a two-disc, 22-track compilation of additional unreleased material.
On Halloween 1978, the singer bumped into his friend Joe Hasselvander at the Louie's Rock City club in Falls Church, Virginia while seeing Sex, a band featuring ex-members of both Pentagram and The Boyz (Hasselvander's previous band).[2] Hasselvander was playing in a singer-less group consisting of himself (drums), Richard Kueht (guitar), Paul Trowbridge (guitar), and Marty Swaney (bass). Liebling soon joined, and in less than a week they would take on the Pentagram moniker and begin performing Liebling's material from the previous Pentagram lineup. This configuration played several shows and released a 7" single of "Livin' in a Ram's Head" in 1979, but personal problems caused this lineup to dissolve later that year. It is generally referred to as the "High Voltage era" of Pentagram.[3] 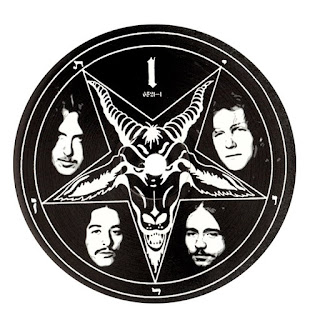 In 1980, bassist Lee Abney and guitarist Victor Griffin formed a Knoxville, Tennessee (later based in Northern Virginia) doom metal band named Death Row. Shortly thereafter, drummer Hasselvander joined, and the group recruited Liebling on vocals. Former member Swaney soon replaced Abney on bass and the classic Death Row lineup was forged. Following two demos in 1982 and 1983, Hasselvander left the band in 1984. Stuart Rose was picked as his replacement, and the band soon assumed the Pentagram mantle."
After 1985 the rest is known history….
So Ladies & Gents let us present to you one of the fathers of Doom, a.k.a. Liebling and his band a.k.a.
In The Origins Of Doom