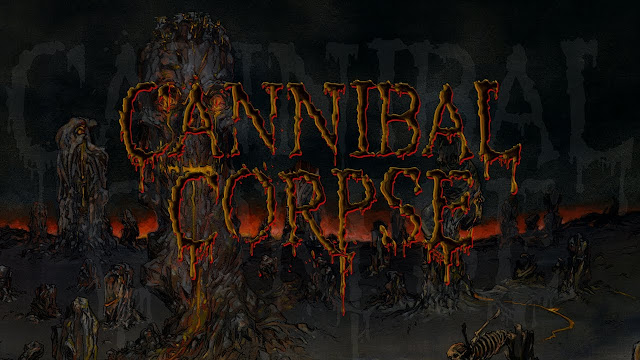 Today it was scheduled for escape…But since we can’t make it seems a great way to unleash frustration with an easy-listening band like the band in today’s suggestion. It is probably common amongst "peacekeeping, law abiding" citizens to be well accustomed to their abysmal tunes since 1988! 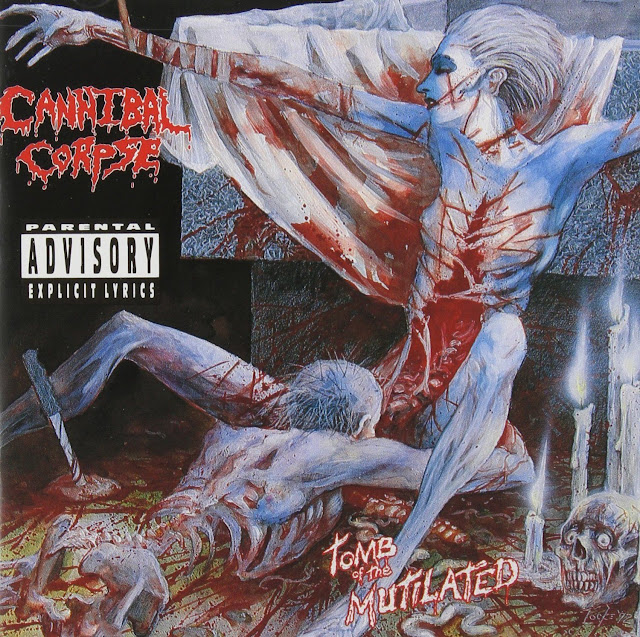 Tons of expert’s excrement has been written for those noble mild-tempered Americans with various gastronomic concerns about today’s diets amongst other "peace keeping & law abiding" citizens of the so called civilized world. Alas we have to abide them in order to gather more info: «Cannibal Corpse is an American death metal band from Buffalo, New York. Formed in December 1988, the band has released thirteen studio albums, two box sets, four video albums and two live albums. The band has had little radio or television exposure throughout its career, although a cult following began to build after the release of the 1991 album Butchered at Birth, and 1992 album Tomb of the Mutilated. As of 2015, they had achieved worldwide sales of two million units for combined sales of all their albums,[1] making them the top-selling death metal band of all time. 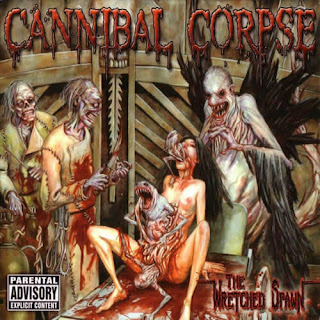 Bassist Alex Webster came up with the name Cannibal Corpse. They have had several lineup changes since their inception, with bassist Alex Webster and drummer Paul Mazurkiewicz being the only constant members. The members of Cannibal Corpse were originally inspired by thrash metal bands like Slayer and Kreator, as well as other death metal bands such as Morbid Angel and Death.[2] The band's album art (most often by Vincent Locke) and lyrics, drawing heavily on horror fiction and horror films, are highly controversial. At different times, several countries, such as Germany and Russia, have banned Cannibal Corpse from performing within their borders, or have banned the sale and display of original Cannibal Corpse album covers.» 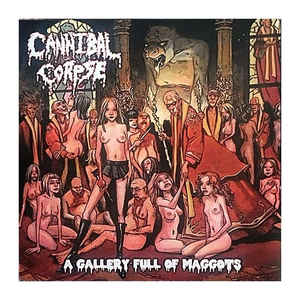 The controversy amongst the law-abiding peace loving citizens grew immensely (and without evident cause) for their notorious artwork which is always filled with images that has great humanitarian value both in orient and appeal (as the images of multilated bodies by zombie-like creatures, are). This didn’t seem to apply with the group’s selections on track listing. As George Fischer states: «We can't play 'Born in a Casket' but can play 'Dismembered and Molested'."[20]» 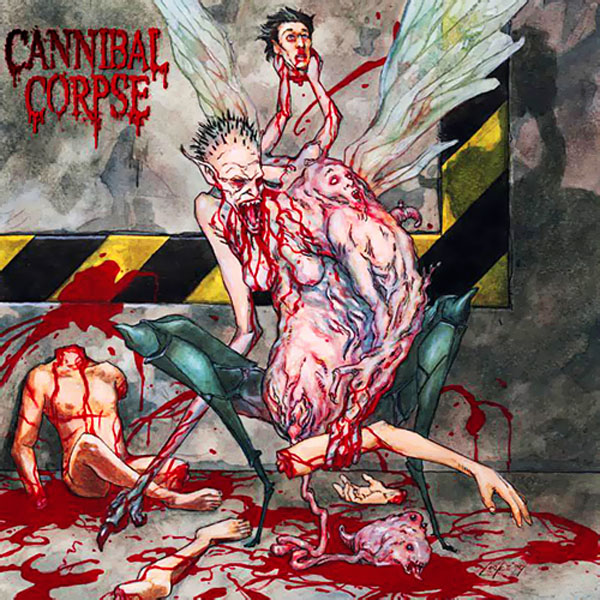 A nice trivia of the band is their cameo in the movie Ace Ventura: Pet Detective performing an abridged version of their song "Hammer Smashed Face". In the credits, they are mistakenly listed as Cannibal Corpses and as a "thrasher band".[13] The scene can be found HERE (courtesy of encyclopediametallum)
So ladies and gents may we present the easy listening humanitarians from Florida US
With 4 of their best releases by ranking
#1 The Bleeding (1994),
#2Tomb Of The Multilated (1992),
#3 Skeleton Domain (2014),
#4 Bloodthirst (1999)