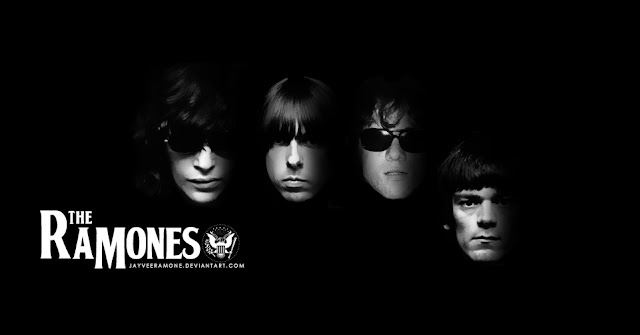 Today I’d like to listen to something raw but meaningful, but spontaneous and awesome!! And since it was kind of a particular generic of rock music’s day I looked through the “chaos” for some ingenuity as today’s band, with the same certainty I’d had when posting the 1st of these suggestions and knew from before that it had to be Metallica; the certainty that after 207 different selections this band should have «happened» @ Kokdi’s place, many – many months back… Alas it was not… 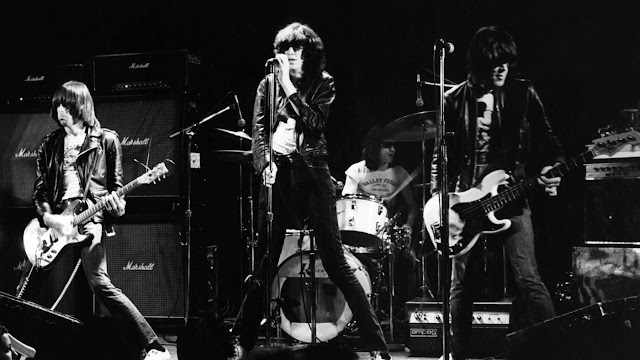 Ranking 15 @ my TOP100 of Rock the band that stands for punk sub-genre at the exact same place that Motorhead stands for metal one.
The truest via cynicism statement I’ve picked up through the web belongs to one of the most authentic representatives of commercial mainstream hard rock "We think of the Ramones as a classic, iconic band," observed Gene Simmons. "They have one gold record to their name. They never played arenas; couldn't sell them out. It was a failed band. It doesn't mean they weren't great. It means the masses didn't care."[142]. Who gives a fuck for the masses??
So ladies and gents, with the greatest of respects 2 NY Dolls the most iconic band / phenomenon of its genre, the Beatles of punk... a.k.a.