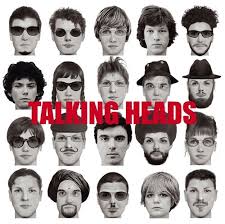 It was 2018 still when I attempted to make a-one-out-of 3 music suggestions concerning new wave, post punk bands that really made it for themselves mostly on 80’s 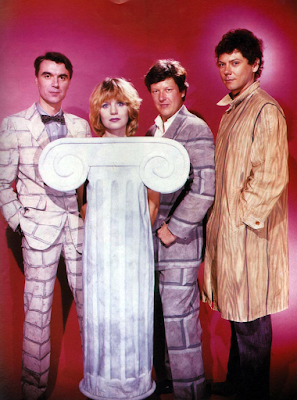 It’s 2019 now and with Google+ signing off there is a lot of work to be done concerning all previous posts that were presented through this particular platform. Now Twitter will provide the same kind of Moments through links that will be provided asap. Now with today’s band, we’re making the 2nd step, while the girls are eagerly awaiting for the continuation of the saga in 2019. Today’s band nevertheless has its own story to tell. And it’s a story full with artistic minimalism commercial hits unsurpassed from time and brand name that sticks like glue on paper.
But what do experts say? «Talking Heads were an American rock band formed in 1975 in New York City and active until 1991.[9] The band comprised David Byrne (lead vocals, guitar), Chris Frantz (drums), Tina Weymouth (bass), and Jerry Harrison (keyboards, guitar). Described by the critic Stephen Thomas Erlewine as "one of the most critically acclaimed bands of the '80s,"[3] the group helped to pioneer new wave music by integrating elements of punk, art rock, funk, and world music with avant-garde sensibilities and an anxious, clean-cut image.[3]
Former art school students who became involved in the 1970s New York punk scene, Talking Heads released its debut album, Talking Heads: 77, to positive reviews in 1977. They subsequently collaborated with the producer Brian Eno on a trio of experimental and critically acclaimed releases: More Songs About Buildings and Food (1978), Fear of Music (1979), and Remain in Light (1980).[3] After a hiatus, the band hit its commercial peak in 1983 with the U.S. Top 10 hit "Burning Down the House" and released the concert film Stop Making Sense, directed by Jonathan Demme.[3] The band released several more albums, including their best-selling LP Little Creatures (1985), before disbanding in 1991.[10]
In 2002, the band was inducted into the Rock and Roll Hall of Fame. Four of the band's albums appeared on Rolling Stone's list of the 500 Greatest Albums of All Time, and three of their songs ("Psycho Killer", "Life During Wartime", and "Once in a Lifetime") were included among the Rock and Roll Hall of Fame's 500 Songs That Shaped Rock and Roll.[11] Talking Heads were also number 64 on VH1's list of the "100 Greatest Artists of All Time".[12] In the 2011 update of Rolling Stone's "100 Greatest Artists of All Time", the band was ranked at number 100.[13]» 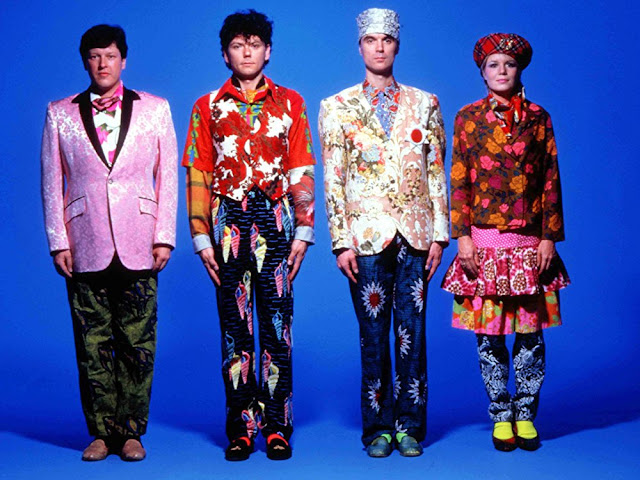 So there you have it; the Talking Heads in all of their releases; and from now on a new feature: Listen to the same playlist in Spotify Open (link below)! 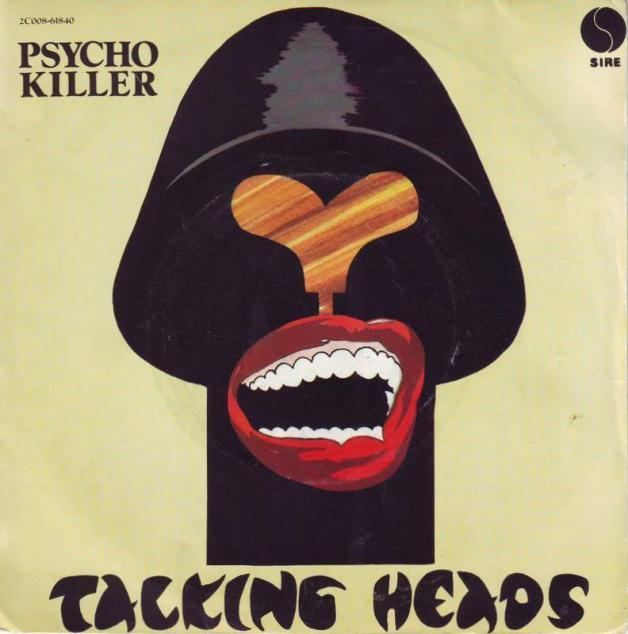