Right after the blondes dominating the endless debate of the sexiest creature on the planet (amongst sexist males I guess) based on hair color and temperament there is a Diva that never depended on her looks to bring out her majestic voice and talents. She never bet on her looks and despite of that she still IS probably amongst the best female singer of her genre and time. 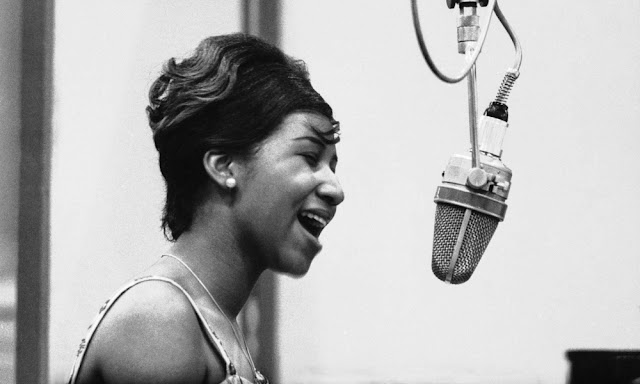 And I’m saying that she still IS, or considered still to be despite her demise past August. Music Industry surely felt poorer with this departure but hopefully can become a motivation for female singers anywhere. The post of R’n’B Queen is available; so it is up to them to claim it. A thing that seems too incredible to believe that can happen…this century! So today we’re having a TOP100 List suggestion

What do experts say about this mega-artist? «Aretha Louise Franklin (March 25, 1942 – August 16, 2018) was an American singer, songwriter, civil rights activist, actress, and pianist.[2] Franklin began her career as a child singing gospel at New Bethel Baptist Church in Detroit, Michigan where her father C. L. Franklin was minister. At age 18, she embarked on a secular career recording for Columbia Records. However, she achieved only modest success. Franklin found acclaim and commercial success after signing with Atlantic Records in 1966. Hit songs such as "Respect", "Chain of Fools", "Think", "(You Make Me Feel Like) A Natural Woman", "I Never Loved a Man (The Way I Love You)", and "I Say a Little Prayer", propelled Franklin past her musical peers. By the end of the 1960s, Aretha Franklin had come to be known as "The Queen of Soul". 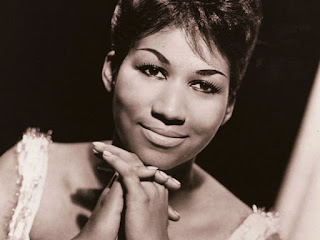 She won 18 Grammy Awards, including the first eight awards given for Best Female R&B Vocal Performance from 1968 through to 1975, and she is one of the best-selling musical artists of all time, having sold more than 75 million records worldwide.[5]
Franklin received numerous honors throughout her career, including a 1987 induction into the Rock and Roll Hall of Fame as the first female performer to be inducted, the National Medal of Arts, and the Presidential Medal of Freedom. She was inducted to the UK Music Hall of Fame in 2005 and to the Gospel Music Hall of Fame in 2012.[6] Franklin is listed in two all-time lists by Rolling Stone magazine, including the 100 Greatest Artists of All Time and the 100 Greatest Singers of All Time.[7] In 2008, she was ranked by Rolling Stone as the No. 1 greatest singer of all time.[7]

Franklin received a star on the Hollywood Walk of Fame in 1979, had her voice declared a Michigan "natural resource" in 1985,[156] and became the first woman inducted into the Rock and Roll Hall of Fame in 1987.[157] The National Academy of Recording Arts and Sciences awarded her a Grammy Legend Award in 1991, then the Grammy Lifetime Achievement Award in 1994. Franklin was a Kennedy Center Honoree in 1994, recipient of the National Medal of Arts in 1999, and was bestowed the Presidential Medal of Freedom in 2005.[21] She was inducted into the Michigan Rock and Roll Legends Hall of Fame in 2005,[158] and the Rhythm & Blues Hall of Fame in 2015.[159] Franklin became the second woman inducted to the UK Music Hall of Fame in 2005. 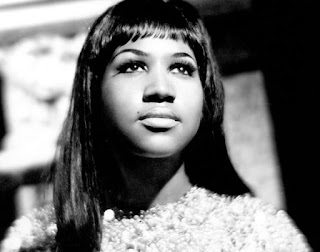 She was the 2008 MusiCares Person of the Year, performing at the Grammys days later. Following news of Franklin's surgery and recovery in February 2011, the Grammys ceremony paid tribute to the singer with a medley of her classics performed by Christina Aguilera, Florence Welch, Jennifer Hudson, Martina Mc Bride, and Yolanda Adams.[160] That same year she was ranked 19th among the Billboard Hot 100 All-Time top artists,[161] and ranked first on the Rolling Stone list of Greatest Singers of All Time.[162] In 2013, she was again ranked first in Rolling Stone magazine's "100 Greatest Singers" list.[163] When Rolling Stone listed the "Women in Rock: 50 Essential Albums" in 2002 and again 2012, it listed Franklin's 1967, "I Never Loved a Man the Way I Love You", number one.[164] Inducted to the GMA Gospel Music Hall of Fame in 2012, Franklin was described as "the voice of the civil rights movement, the voice of black America" and a "symbol of black equality".[165][166]Asteroid 249516Aretha was named in her honor in 2014.[167] In 2018, Franklin was inducted in to the Memphis Music Hall of Fame. 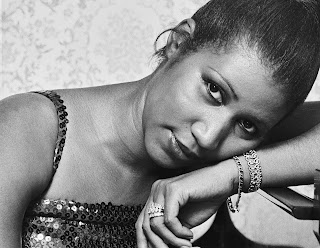 "American history wells up when Aretha sings," President Obama explained in response to her performance of "A Natural Woman" at the 2015 Kennedy Center Honors. "Nobody embodies more fully the connection between the African-American spiritual, the blues, R&B, rock and roll—the way that hardship and sorrow were transformed into something full of beauty and vitality and hope".[81] Franklin later recalled the 2015 Kennedy Center Honors as one of the best nights of her life.[81]»
So what Kokdi could do in order to pay homage to this bigger-than-life artist? Brace yourselves and be prepared to take an R’n’B journey to all of her No1 R’N’B Gold releases! Ladies and gentlemen, ranking #39 of My TOP100LIST, the fabulous 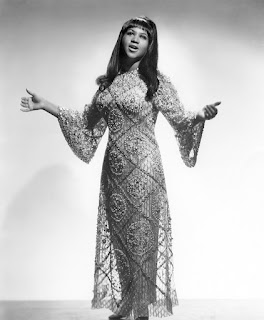 And don't forget; The Top100List is right HERE