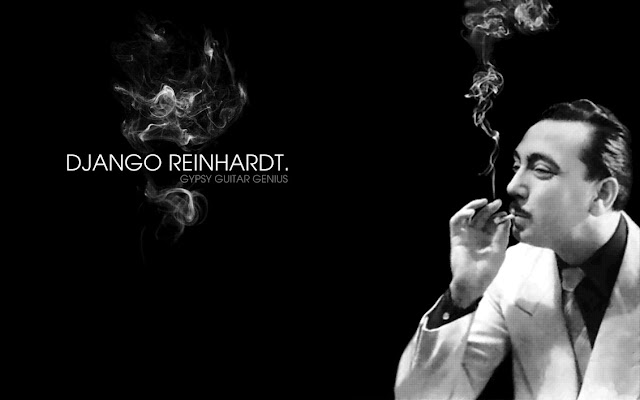 It’s been a long time indeed. But Απόστολος was quite able to pull it off leaving Kokdi’s music suggestions idle till today. But today our music suggestion is exactly rocking but swinging all the way, once we’re talking about one of the proudest ambassadors of Hot Jazz. Alongside the Italian violin-virtuoso Stephan Grappeli they’ve played all across Europe, becoming icons for generations of musicians to come. 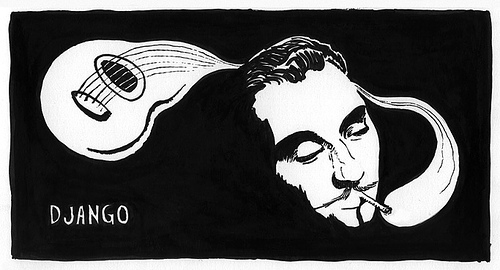 The guy himself proven to be both timeless and authentic revising popular tunes (from La Marseilles, that also had been revised by contemporary artists like Gainsbourg, to La Mer) and making it a quite fitting Woody Allen soundtrack for any of his films. Today’s suggestion the unparallel guitarist by the name Django (the D is silent) Reinhardt can make your body groove nowadays as he was able to 60+ years ago….and compared to other rock distinctive sounds Django easily stands proudly alone and unique despite his handicaps (ethnicity and dismemberment) setting the rhythm the tempo and the mood for Hot Jazz!! 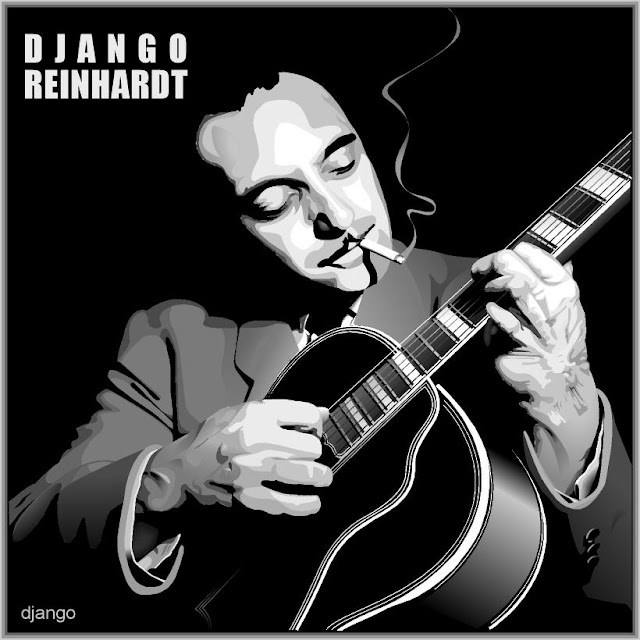 The source (wiki) reveals: «Jean "Django" Reinhardt (pronounced Jango) 23 January 1910 – 16 May 1953) was a Belgium-born French jazz guitarist and composer of Romani ethnicity[2] regarded as one of the greatest guitar players of all time, having written nearly 100 songs.[3] He was the first and most significant jazz talent to emerge from Europe.[4]:4–5 [5]
Despite having two of his fingers paralyzed from a fire, he overcame the handicap and went on to forge an entirely new style of jazz guitar technique (sometimes called 'hot' jazz guitar), which has since become a living musical tradition within French Gypsy culture. Benny Goodman asked him to travel with his band, which he never did, but he did tour the U.S. with Duke Ellington's band in 1946. He died suddenly of a stroke at age 43.
With violinist StéphaneGrappelli,[1] Reinhardt formed the Paris-based Quintette du Hot Club de France (Hot Club) in 1934, today considered one of the most original bands in the history of recorded jazz.[6]
Reinhardt's most popular compositions have become jazz standards, including "MinorSwing",[7] "Daphne", "Belleville", "Djangology", "Swing '42", and "Nuages". According to jazz guitarist Frank Vignola, nearly every major guitarist in the world has been been influenced by Django, including Keith Richards and Les Paul.[3] Over the last few decades, annual Django festivals have been held throughout Europe and the U.S., and a biography has been written about his life.[4] 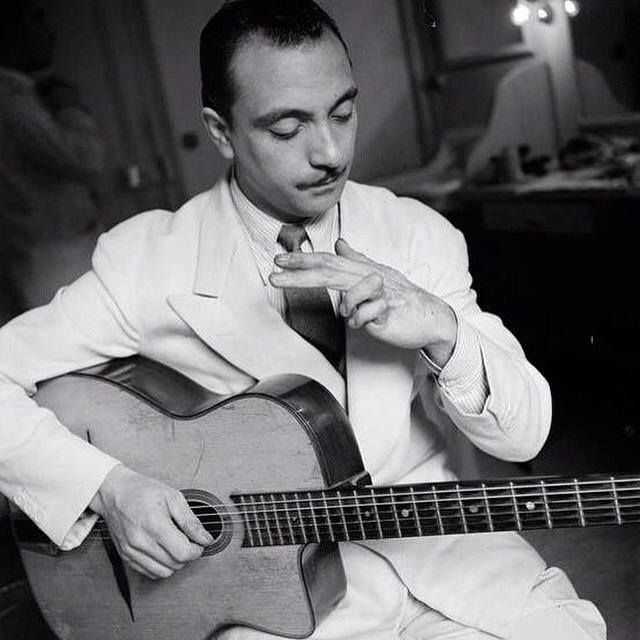 For about a decade after Reinhardt's death, interest in his musical style was minimal. In the fifties, bebop superseded swing in jazz, rock and roll took off, and electric instruments became dominant in popular music. Since the mid-sixties, there has been a revival of interest in Reinhardt's music, a revival that has extended into the 21st century, with annual festivals and periodic tribute concerts. Woody Allen's 1999 film Sweet and Lowdown, the story of a Django-like character, mentions Django and includes actual recordings during the film.[33][34] "Django was the definitive genius on the guitar, and the depth of his gift was so spectacular," says Allen.[34] 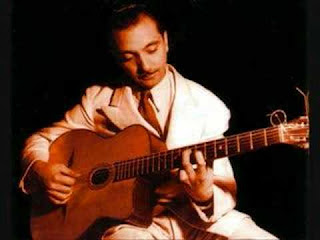 Among the reasons for the delayed recognition of Reinhardt in the U.S. was because until recently the guitar was not considered a jazz instrument, unlike the piano or horn. Recording artist David Grisman states that there was a "prejudice against anything that's different in jazz, and playing jazz on stringed instruments is just too different."[34] Reinhardt's five-piece band initially played only strings, with three guitarists, a violinist and a bass player.[1] Guitarist MikePeters notes that "the word 'genius' is bantered about too much. But in jazz, Louis Armstrong was a genius, Duke Ellington was another one, and Reinhardt was also."[34] Grisman adds, "As far as I'm concerned, no one since has come anywhere close to 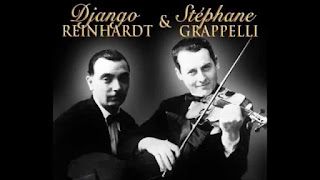 Django Reinhardt as an improviser or technician."[34]
The popularity of gypsy jazz has generated an increasing number of festivals, such as the Festival Django Reinhardt held every last weekend of June since 1983 in Samois-sur-Seine (France),[35][36] the various DjangoFests held throughout Europe[37] and the USA, and Django in June, an annual camp for Gypsy jazz musicians and aficionados.[38][39]»
As I’m not so familiar to Django’s art as much as I am with the rock genre in general I’ve managed to compile some awesome songs that anyone can travel, fall in love and party with!!So Ladies & Gentlemen get your swinging shoes on and prepare yourselves for the Django effect from the master Mr.