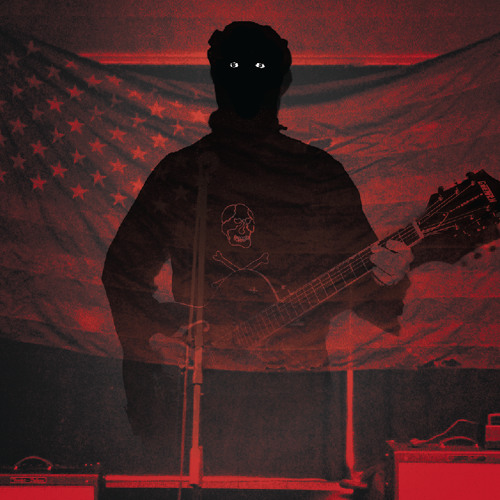 Ok!!! Who'd thought that I'd make another one before the year is out...With this one Music Suggestions are about 282 (still in need of 83 suggestions more)...Revamping (😮) this blog now with a new kind of inventory allowing everyone to access it's posts through 5 major tags (Suggestions, Ramblings, Compilations, Retro DB & Special Editions) wasn't something easy and took me a while till I manage to place order to chaos, whilst fanatically hearing today's suggestion

And who is this King Dude many of u (?) will ask; This guy proves to be a Bob Dylan of his time...He is a songwriter often playing US folk and country music; and what's the case one will ask....He is playing folk music worshiping Satan and the graces of the full moon!!! As Ghost B.C. (that King Dude appeared alongside as a supporting act) currently doing with a mainstream hard rock / 80's arena rock music, he is using a fusion of proto punk new age electronica, country/folk tunes (and a little hint of heavy metal) with a voice of a Johnny Cash or Andrew Eldritch (even Nick Cave for that matter) look alikes ... While worshipping Satan nevertheless!! With gems like Velvet Rope, Silver Crucifix, Lay down in Bedlam and many many more all compiled to the tube & spotify playlists (see below) the King guarantees an un - easy listening full of wonders and music loans from the likes of Ramones, The Stooges, or the Blues Brothers band....And as far as Dylan goes I didn't say it for the significance but for the multifusion of variations in the music approach still centered in folk genre (exhibited in Dylan's works as well) placing the satan worshipping business apart...Ok there is no left wing activism; But there is a certain amount of provocation in King's works as well. And not only through Satan 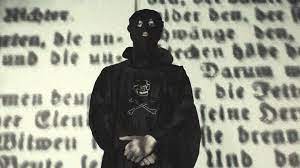 But what do experts say about our suggested artist? The best info gathered is from King's personal webpage @ Spotify which goes a little bit like this:

"In a time when American folk music has lost touch with its bloody roots, King Dude seeks to illuminate the darkness with sex, death, love, insanity, and Lucifer’s light. Since 2006, his devotional rock ‘n’ roll has been both the medium and the message; his throaty baritone and devilishly visceral songwriting the tools he wields to ignite the fiery spirit of revelation in all who encounter him. 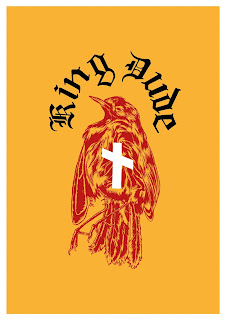 Thanks to past releases on Dais, Avant!, Bathetic, Clan Destine, and Ván records, a number of high-profile festival appearances, and a relentless tour schedule—often alongside the likes of Ghost and Earth—the silver-tongued singer/songwriter has found an ever-expanding global audience with whom to share his prophetic vision of hope and salvation: a willing congregation whose raised voices and stomping feet reliably turn his shows into Luciferian tent revivals.

King Dude is a blue-eyed Mephistopheles with an acoustic guitar; he dresses like Johnny Cash and sings like he cut in line in front of Robert Johnson at the crossroads. His voice can shift from haunting and vulnerable to thunderous near-Biblical fury in the space of a breath, marrying the sacred to the profane with pomp, circumstance, and a curled lip. He sings about death the way he sings about fucking. With inspiration torn from country, blues, Americana, and British folk (and a background in heavy metal), King Dude’s raw, hypnotic hymns channel the past while staring straight ahead into a revelatory future." 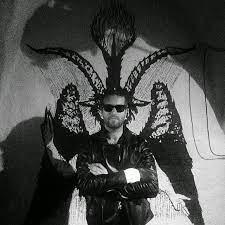 And the spotify playlist