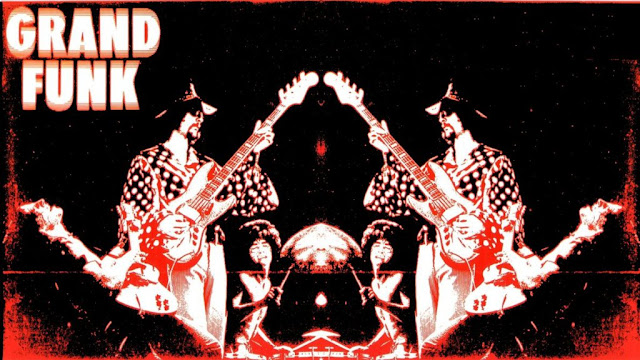 Today we’re back suggesting something out of the relative Top100 List. Ok let me getting started quoting that Flint Michigan is not only famous from the industrialization and the destruction plain Americans had to endure in the years to come, or for Michael Moore for that matter..Flint Michigan is the birthplace of one of the most powerful rock trios ever!! 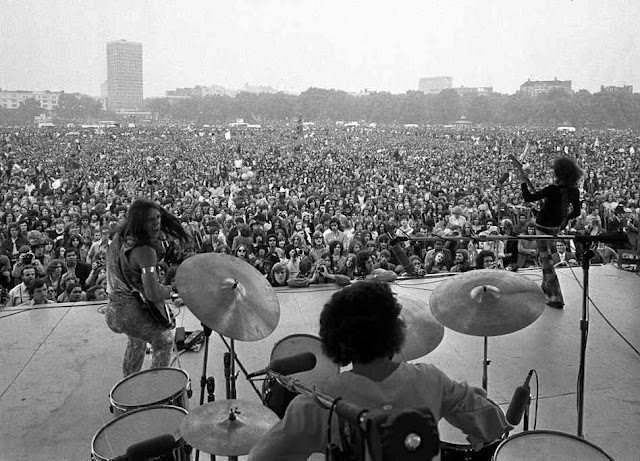 You’ve guessed it right!! We’re talking about the Grand Funk!!One of the most renowned (but today seems forgotten) American Hard Rock Bands that currently holding the record of crowd attendance in a concert and quite convincingly managed to place themselves alongside groups like Led Zeppelin as far as American audiences are concerned. Personally I was amazed from their first releases (1969 – 1970) that clearly stated that the band from Michigan had something unique and powerful despite the fact that their most famous release “happened” several releases later (We’re An American Band)
The source (wiki) reveals: «Grand Funk Railroad, sometimes shortened as Grand Funk, is an American rock band that was highly popular during the 1970s, touring extensively and playing to packed arenas worldwide. David Fricke of Rolling Stone magazine once said, "You cannot talk about rock in the 1970s without talking about Grand Funk Railroad!"[1][2] Known for their crowd-pleasing arena rock style, the band was well-regarded by audiences despite a relative lack of critical acclaim.[3] The band's name is a play on words of the Grand Trunk Western Railroad, a railroad line that ran through the band's home town of Flint, Michigan.Originally a trio, the band was formed in 1969 by Mark Farner (guitar, vocals) and Don Brewer (drums, vocals) from Terry Knight and the Pack, and Mel Schacher (bass) from Question Mark & the Mysterians; Knight soon became the band's manager, as well as naming the band as a play on words for the Grand Trunk Western Railroad, a well-known rail line in Michigan. First achieving recognition at the 1969 Atlanta Pop Festival, the band was signed by Capitol Records. After a raucous, well-received set on the first day of the festival, the group was asked back to play at the Second Atlanta Pop Festival the following year. Patterned after hard rock power trios such as Cream, the band, with Terry Knight's marketing savvy, developed its own popular style. In August 1969 the band released its first album titled On Time, which sold over one million copies, and was awarded a gold record in 1970.[4]
In February 1970 a second album, Grand Funk (aka "The Red Album"), was awarded gold status.[4] Despite critical pans and a lack of airplay, the group's first six albums (five studio releases and one live album) were quite successful.
The hit single "I'm Your Captain (Closer to Home)", from the album Closer to Home, released in 1970, was considered stylistically representative of Terry Knight and the Pack's recordings. In 1970 Knight launched an intensive advertising campaign to promote the album Closer to Home. That album was certified multi-platinum despite a lack of critical approval.[4] The band spent $100,000 on a New York Times Square billboard to advertise Closer to Home.[5] By 1971, Grand Funk equalled the Beatles' Shea Stadium attendance record but sold out the venue in just 72 hours whereas the Beatles concert took a couple of weeks to sell out. [6]»
So ladies and gentlemen, ranking #21 at My TOP100 List, we present to u the lads from Flint a.k.a.
Their first 3 releases