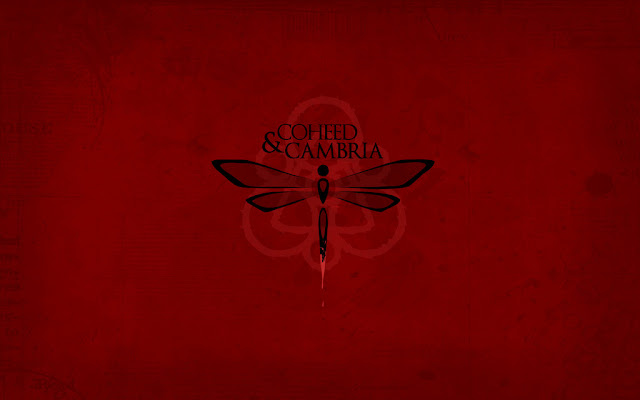 It is Sunday, and I have to be extra cautious about today’s music suggestion… today’s band poses no real issue I think… The next gen Rush or Marillion if u like release concept albums that as referred to in wiki: «Most of Coheed and Cambria's albums are concept albums that tell a science fiction storyline called The Amory Wars, a story written by lead singer Claudio Sanchez, which has been transcribed into a series of comic books[5] as well as a full-length novel. The band has released seven studio albums, three live albums, and several special-edition releases. Coheed and Cambria's fans call themselves "Children of the Fence", in reference to the fictional galaxy within The Amory Wars known as "Heaven's Fence".»
Today’s post is filled with exceptional albums with a twist. Even though Rateyourmusic.com has ranked their albums differently, I will insist on the ranking as follows:
1) Good Apollo I'm Burning Star IV Vol.2 2007
2) The Afterman Amory Award Edition 2012
3) In Keeping Secrets Of Silent Earth: 3 2003
Can they make it “filling the shoes” of such progmasters such as Rush and Marillion??
Only time will tell..
Ladies and Gentlemen
In their top 3 releases

or the notorious neverender nights..