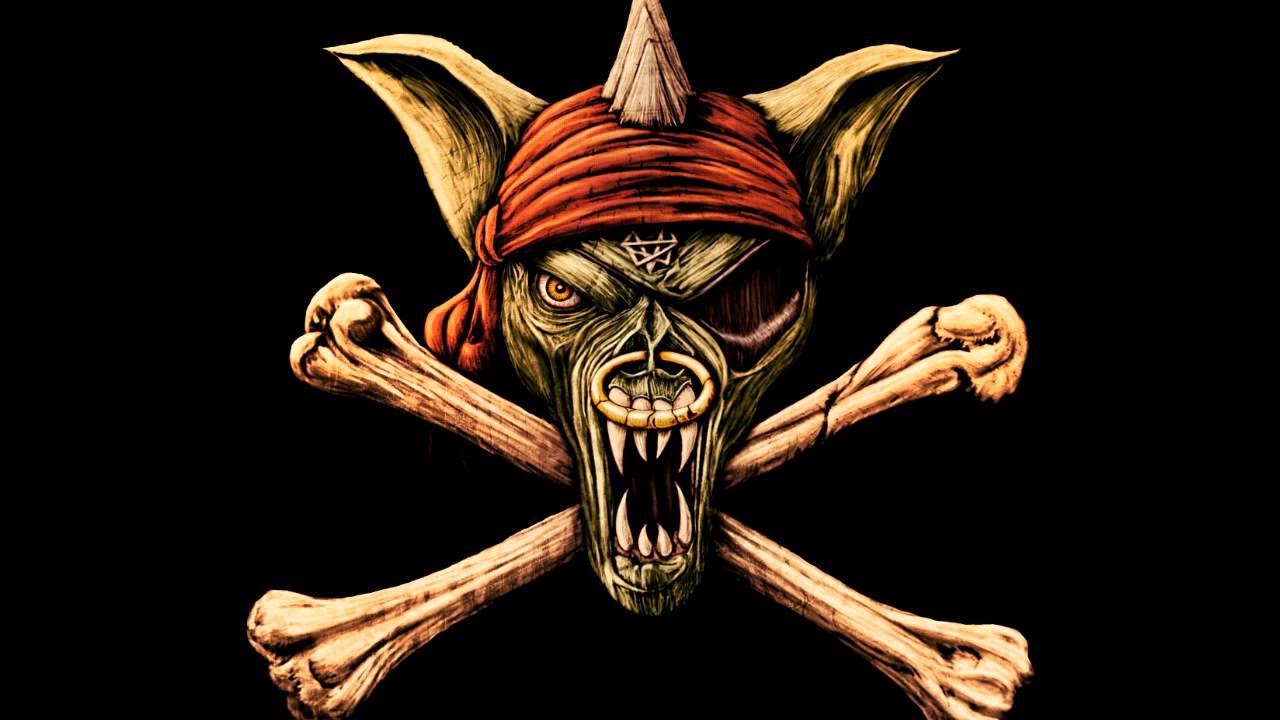 One of my best friends have his birthday today and this suggestion is a gift homaging one of his first and greater music fixations @ his early teens:this Jolly Rogerian Rolf Kasparek and his buccaneer crew,
RUNNING WILD
one of the greatest German bands that remained underground / underestimated even though it was a band followed by many fixated fans in the late'80's - early '90s with 3 super albums (Under Jolly Roger, Port Royal, Death Or Glory) in a row between 1987 to 1989 followed by a typically good Blazon Stone Album (1991).
After all it was at their Blazon Stone Tour that i, with this good friend, saw our first heavy metal live show (w/t the Gods of NWoBHM Raven as ... support act @ club RODON Athens)!!!