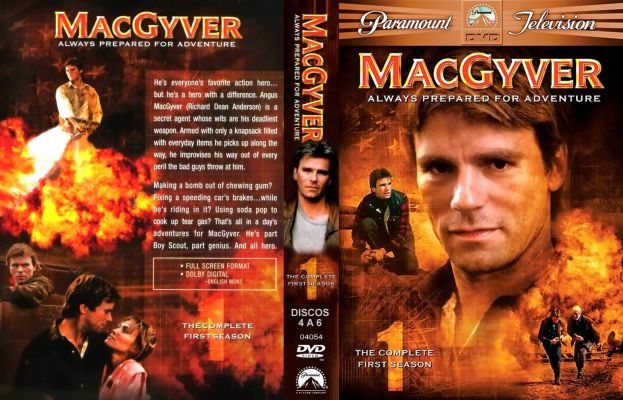 Today’s Retro reference needs no introductions….. Just pasting relative information:
“MacGyver is a different kind of hero: he doesn't use weapons, he's afraid of heights, and he's an expert at making complicated machines out of ordinary things quickly. He works in the employ of The Phoenix Foundation, a think tank dedicated to improving mankind. Pete Thornton gave MacGyver his assignments, occasionally getting involved himself or lending Foundation resources for MacGyver's various personal endeavors. Another sometimes accomplice was Jack Dalton, a long-time friend with a penchant for getting himself into trouble and relying on MacGyver for helping him out of it. MacGyver also had an archenemy, Murdoc, who sought to kill MacGyver many times, often through the use of ruses and elaborate traps. MacGyver's first name was a secret until the final season, when we learned just why he chose not to use it. MacGyver was produced by Henry Winkler/John Rich productions in association with Paramount Television.”

So Here it is,
the complete season one plus the Lost Treasure Of Atlantis
Other Links: LINK1, LINK2, LINK3
and remember all Retro memorabilia can be found HERE